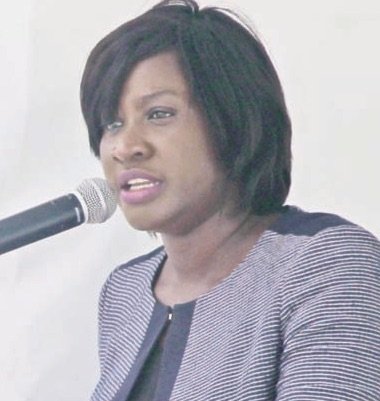 Grenada is due to have a new Registrar of the Supreme Court from May 2.

Speaking at last Wednesday’s post-Cabinet Press briefing at the Ministerial Complex in St George’s, Legal Affairs Minister Kindra Maturine-Stewart said that the Acting Supreme Court Registrar, Yvette John will be assigned to the Deeds and Lands Registry to take charge of efforts to continue the modernisation of the Deeds and Land Registry.

THE NEW TODAY understands that the new acting Registrar is a female attorney-at-law who is currently assigned as an in-house lawyer with one of the nation’s state-owned utilities.

Minister Kindra Maturine-Stewart spoke of a new ‘deeds and land project’ in the making as approved by the Keith Mitchell-led government late last year to “deal with some issues identified by members of the (Grenada) Bar Association”.

In spite of ongoing digital improvements with financial assistance from the World Bank starting in 2014, these issues, the minister indicated, relates to the “integrity of the types of searches coming from the registry that were affecting commercial and other transactions.”

“As a consequence from the amount of searches, which usually takes place at the Deeds and Land Registry, imagine if one has to search a title 60 years back, one would assume that it will entail a lot of searches and what happened is that because of the volume of searches, most of the index books containing the relevant information over the years have become dilapidated and there were complaints from lawyers and members of the public that the records were in fact inconclusive”, she said.

“Cabinet late last year approved a ‘Deeds and Land project’, essentially to deal with some of the issues that have been identified by some of the members of the Grenada Bar Association…”, she added.

According to the female government minister under the project, staff at the registry will be trained in best practices in processing and recording of deeds and a procedural manual developed to guide staff in the execution of their roles and functions as it relates to the processing of deeds.

“Our acting Registrar now is slated to commence work on this project and this is expected as soon as the new registrar takes up work next month,” said Maturine-Stewart.

THE NEW TODAY was told that John’s appointment expired on March 31 but it is understood that she agreed to assist with the job throughout April.

An article entitled “Grenada’s Land Registry goes digital” dated March 26, 2014, on the World Bank’s website said that Grenada was receiving assistance through a Technical Assistance Credit of US$3 million to improve its public service delivery by setting up and modernising the Grenada Lands Agency, upgrading its processes and technology, as well as digitising services.”

The World Bank article stated that “all departments that constituted the Grenada Lands Agency were connected through fiber-optic lines to allow for information sharing”.

Going forward, the Government of Grenada had to oversee and support “integrating business processes of the land survey, physical planning, valuation, recording proprietors in the tax database, property registration and information search and integrating respective information subsystems into one (1) system”.

Last September, the Grenada Parliament approved an amendment to the Conveyancing and Law Property Act, which sought to cut down the search time at the Deeds and Land Registry regarding good title to property from 60 to 30 years.

According to Minister Maturine-Stewart, the amendment will take effect from “May 1” and will “greatly enhance the situation and the overall efficiency at the registry and of course will maintain the integrity of the entire system”.

“So, our several attempts really and truly are now coming to fruition, the parts and the pieces are now coming together. The ministry and the government of course will not rest until we bring back a sense of normalcy in our judicial system and I want to assure the people of Grenada, Carriacou and Petite Martinique that all facets of the judicial system are getting the attention at the highest level and is presently being addressed,” the government minister said.

Despite the reassurances from government, several of the island’s lawyers have been increasingly complaining about the poor state of affairs existing at the Supreme Court Registry.