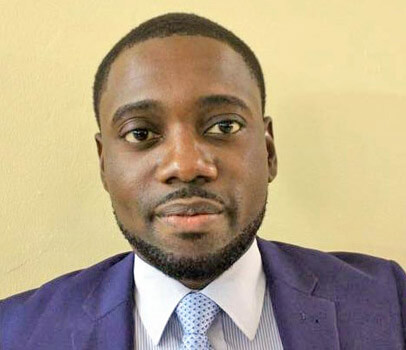 By September we will fully announce our new policy with regards to the future of SMC (the Spicemas Corporation), and how we treat this going forward.

Those were the words of newly appointed Minister with responsibility for Culture, Ron Redhead on Sunday, following the climax of what he acknowledged as a “poor” return to Spicemas this year, after a 2-year hiatus due to the lingering COVID-19 pandemic.

“We must be honest that Spicemas 2022, with all things being equal, and apart from the Queen Show, which was sold out…and the Calypso show, largely, Carnival (this year) was very poor, from organisation come down, and so, a lot more has to be done in developing that product to the final stages, and this is where the discussions has to be had,” said Minister Redhead on the weekly NDC Heartbeat programme.

He told the host, Terrence Forrester, that there was need for “some measure of restructuring in terms of the actual structuring of carnival, and (other) festivals in the country.”

The highly anticipated return to Carnival this year was tainted by a number of events, including a decline in participation from the regular artistes and patrons at national SMC-organised events, with the premier Groovy and Soca Monarch competitions realising a significant decline, and the reigning Monarch’s refusal to defend the crown due to insufficient prize money.

Many of the private events attracted larger crowd support from locals for the foreign artists over local entertainers at several events, resulting in a huge loss in revenue for SMC.

Political Activist Kem Jones is among the critics who took issue with the fact that it is the SMC that grants permission to private promoters to have their events.

According to Jones, “the big (private) events are killing (out the) Soca Monarch, Groovy Monarch and Dimanche Gras (shows) and other SMC-organised events” and suggested that this “has to change, and we must do it quickly.”

Jones, who made the observation during “The Hub” programme on social media, on Monday, suggested that in the lead up to Carnival “from the August 1st – 10th or 12th, depending on where Carnival falls, should be for national events put on by the SMC.”

The Culture Minister, who had previously committed to meeting with the various stakeholders of Spicemas to chart the way forward as early as this week, said “after listening to all the conversations that emerged following Spicemas…we must be honest, and seek to address that fundamental problem that we (have been) advertising a product largely that we do absolutely nothing to develop come Carnival.”

Minister Redhead pointed out that “if artistes have the burden of having to carry the actual product for Carnival, then tell yourself that (this) is where the problem lies” and identified this as “a weakness in the Carnival product” that the NDC administration “will be making steps to correct this in short order.”

“And, therefore the producers, in terms of equipment, song writing, developing music, musical arrangement, that level of investment that we give to Spicemas at the end to execute the carnival, should really be pumped into the initial stage to help develop that product,” added the Culture Minister, who had previously cited a need to engage the private sector in this regard.

He stressed that in going forward the government is going to be “extremely open to any recommendations or suggestions that stakeholders will have, in order to shape this particular policy (which is being developed).”

However, the minister noted that in order to make decisions “we need implementers to come on board to partner with the Ministry of Culture and the Grenada Cultural Foundation.”

Speaking on the controversial issue on a previously held Heartbeat programme, Minister Redhead had cited the need “to see how tourism, and Spicemas must collaborate in a serious, and deep way to ensure that we get maximum participation (and) people returning for the carnival experience.”

Despite criticisms of SMC, its Chairman, attorney-at-law Arley Gill told Monday’s GBN Beyond the Headlines that although there were some “organisational and delivery glitches, that can be improved upon” in terms of execution of Spicemas 2022, “it was a massive success having regards to the fact that we were delivering Spicemas on the back of a pandemic, and also taking into consideration that we had national general elections.”