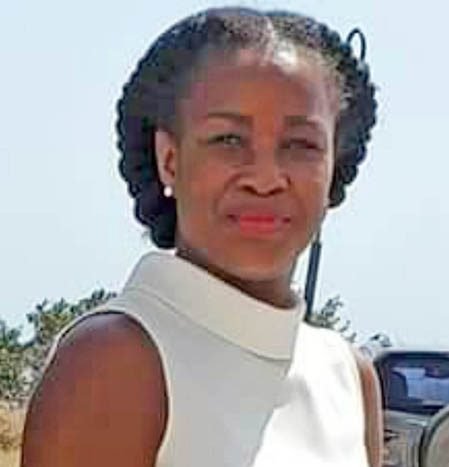 This is one of the comments received by THE NEW TODAY about newly appointed opposition Senator, Tessa St Cyr who will shortly take up a seat in the Upper House of Parliament to represent the interest of Opposition Leader, Tobias Clement.

An acquaintance who studied with her described the new Senator as one who is a very “intelligent person” who can make a serious contribution to a debate on bringing about national development and growth in Grenada.

She said that St. Cyr is a hard worker and is currently pursuing a Doctorate degree while doing a full time job at SGU.

THE NEW TODAY was able to reach St. Cyr Thursday morning who confirmed that her phone has been ringing non-stop since Wednesday afternoon after this newspaper broke the story about her name being submitted by the Opposition Leader to Governor General, Dame Cecile La Grenade for the instruments of appointment to be prepared for her to enter Parliament.

St. Cyr said that a number of persons in the Pearl’s area where she lives had suspected weeks now that she was earmarked for a position in the Senate based on the description given by this newspaper about one of the persons being considered for the position by Clement.

She confirmed that political activists of both the ruling party and the main opposition National Democratic Congress (NDC) had made attempts in the past to woo her to their camps but she had resisted the approaches and was comfortable with what she was doing to help in the development of young people.

According to St Cyr, she assisted with the preparation of students taking part in the National Youth Parliament debates for years under both the NDC and NNP administrations.

She spoke of giving a long and careful look at the proposal put forward to her by Clement to grab the opportunity being provided to make a much more significant contribution to the national development agenda within Parliament.

A practicing Christian, St. Cyr said that she spent “a very long time in my closet” praying over the decision that she had to make on accepting a Senatorial appointment.

Among the persons she consulted with on the issue included her husband, an employee at SGU and a close sister.

When asked why she agreed to serve at the behest of the Opposition Leader, she said: “I have been presented with an opportunity to contribute to a conversation on national development”.

St Cyr served notice that she will not engage in “gutter” politics but intends to maintain a high standard in the debate on national issues in the Upper House.

The Senator-elected was asked to comment on reports that she had a very close relationship with Social Development Minister Delma Thomas who might not be too happy with her decision to join forces with the Opposition Leader against the NNP regime.

She described the Cabinet Minister as “a close family friend” who had called her after word had surfaced weeks ago that St Cyr could be entering the island’s Senate.

She did not comment on the discussions with the minister. St. Cyr’s husband is said to be the godfather of one of the sons of Minister Thomas.

The Senator-elected is currently pursuing a Doctorate in Higher Education from the University of Liverpool in England.

She has come from a family that is no stranger to frontline politics in Grenada as a close cousin is Caldwell Taylor who is now based in Canada and once served as Grenada’s Ambassador to the United Nations in New York during the 1979-83 Grenada Revolution.

A date will have to be given by Dame Cecile for the issuing of the instruments of appointment to St Cyr and the other female – Kerryne James – to serve in the Senate on the invitation of Clement.