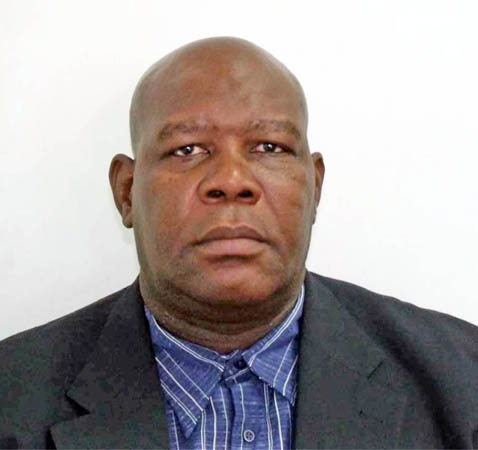 The job also entails fostering cooperation in agricultural development between the public and private sectors, and on the request of the Minister of Agriculture and Food Security, as well as make recommendations on any matter directly or indirectly related to the production, processing and marketing of agricultural produce in the country.

Speaking to THE NEW TODAY on Tuesday, Dr. Francis said that his immediate priorities would be to fully implement two critical components of the Government’s agricultural development strategy.

He identified one of them as the Farmers’ Empowerment and Enfranchisement Drive (FEED), a programme aimed at reducing agricultural imports into the island which will ensure national food and nutrition security.

He said that this initiative, to be executed over a three-year period, officially commenced in 2019 and is expected to accommodate persons with a desire to establish agricultural enterprises in a variety of farming systems.

“The programme provides opportunities for employment, especially among the youth, through the empowerment and enfranchisement of farmers,” he said.

“The programme will target more than 1,400 farmers who will be facilitated and trained, where necessary, to engage in the delivery of increased agricultural production,” he added.

According to Dr. Francis, FEED will develop farmers in the use of contemporary open field farming techniques, the use of technology and temperature-controlled units (greenhouse and container farming) and the use of aquaponics and hydroponics in farming.

The other programme that falls under the mandate of BADMC is a new planting initiative which seeks to ensure that Barbados has access to adequate quantities of fresh, nutritious foods, at reasonable prices in going forward.

Dr. Francis said that this initiative will see farmers bringing back into production hundreds of acres of idle lands with emphasis on short, medium and long-term crops.

The BADMC is a State Corporation that falls under the Ministry of Agriculture and Food Security.

It was established in 1993 to encourage commercial agricultural development in Barbados and to market agricultural products.

Its mandate, according to law, is the development and support of Barbadian crops and livestock, agricultural production and agro-processing.

Since the election to office of the new Barbados Labour Party (BLP) Government in Bridgetown in 2018, Dr. Francis, a former Economic Adviser to the current Barbadian Prime Minister and Minister of Finance, Economic Affairs and Investment, Mia Mottley has been heavily involved in policy, agricultural financing and regulatory matters as Chairman of the Management Committee of the Agricultural Development Fund.

He also serves as a Commissioner on the Board of the Barbados Fair Trading Commission, the entity with sole responsibility for the regulation of all public utilities (electricity, telecommunication and water) in the country; ensuring fair competition in the marketplace, especially in relation to mergers and acquisitions; and guaranteeing consumer protection.