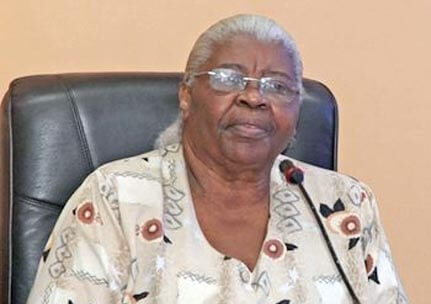 All eyes within the hierarchy of the ruling Congress party are set on November 21 when the tenure of the Beryl Isaac-led Public Service Commission (PSC) comes to an end.

Government insiders have told THE NEW TODAY that new Prime Minister Dickon Mitchell is anxiously looking forward to a new commission in place that will be more accommodating to the transformational change agenda that he promised the electorate to get into office on June 23.

The name of an attorney-at-law is being mentioned as a possible replacement for Isaac as head of the body.

All 5 members of the commission will have to demit office for the appointment of a new body.

According to a high-level official in the administration, Prime Minister Dickon Mitchell has opted to play the waiting game  for the life of the commission to end and not engage in any confrontation with the Isaac-led body on some of the changes he would like to see take place within the public service.

He said it was “a wise idea” on the part of the new Grenadian leader to not engage in any useless fight with the PSC, under its head who served at one time as Cabinet Secretary under his predecessor, Dr. Keith Mitchell and his New National Party (NNP) administration.

The official stated that the new Prime Minister will soon be in “poll position” in a matter of days as he will have the opportunity to appoint 3 of the 5-members to sit on the commission.

“It’s not long again,” he quipped.

Under the Grenada Constitution, the Public Workers Union (PWU) and the Grenada Union of Teachers (GUT) are entitled to submit the name of one nominee to the Governor General for consideration to serve on the PSC.

The government insider is optimistic that the new regime in St George will soon be able to “get to a point where things move smoothly” in the running of the government.

He dropped hints that Isaac has not been very co-operative with the new government in charge of the affairs of the island.

This is an obvious reference to reports that the Isaac-led PSC has been holding up many of the transformational agenda of the new Congress government on trivial things.

The official said it appears to the Dickon Mitchell-led government that everything sent down before the Isaac-led commission “is a problem.”

The Prime Minister has reportedly told several close aides that he has no intention of getting into any “dog fight” with the head of the PSC and prefers to wait her out.