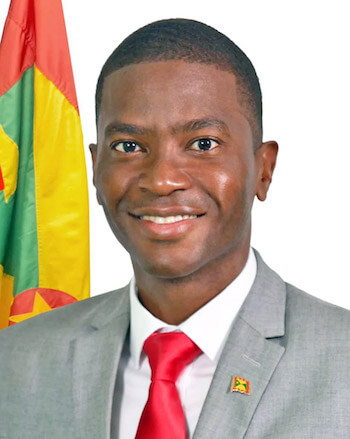 Trade union leaders have until month-end to respond to a proposal from the ruling National Democratic Congress (NDC) government of newly elected Prime Minister, and Finance Minister Dickon Mitchell to either pay EC$60M in retroactive pension payments in its entirety by November 30 or do a “part payment with a proposal for the payment over a period of time.”

Prime Minister Dickon Mitchell introduced the offer during his first round of discussions on the aged-old controversial pension issue at the Cabinet Room last week Friday with trade unions representing workers who have been denied pension and gratuity as mandated by the Constitution through the Pension Act for close to 40 years.

The meeting also included members of the Police Welfare, and Prison Welfare associations, who are also now entitled to receive a pension from the Consolidated Fund, following a landmark High Court ruling in March that rendered the Pension Disqualification Act unconstitutional and ordered the reinstatement of the 1958 pension scheme.

Prime Minister Dickon Mitchell, who campaigned on a promise to assess the cost of the outstanding pensions owed to retired public officers within the first 90 days of forming the new government, and to make the payments within the first year, provided an update on its plans to members of the media at the Ministerial Complex on Tuesday, during his government’s first post-Cabinet press briefing since winning last month’s general election.

PM Dickon Mitchell, who is said to be getting assistance in the key Ministry of Finance by former Budget Director and Accountant General Richard Duncan said that the EC$60 million will not cover payments to those workers who would soon be eligible for retirement, and used the opportunity to reiterate his government’s commitment to those workers who are set to retire this year and beyond “that their retirement pensions will in fact be honoured.”

The monies, the Prime Minister said, will be used to make retroactive payments to retired teachers, and other public officers from the period 1985 to the present, and to the eligible estates of those who died between the same period because the pension allows for “a wider group of persons, who may be eligible for retirement.”

He stated that “the actual (pension) bill may vary…depending on the behaviour of the persons who are eligible to retire.”

“If they choose to retire, it will balloon the bill to a much larger bill…” he said, noting that “pension is an ongoing thing, and will, therefore, have to address the bill for the pensions as we go forward.”

While the issue of pension reform is still left to be discussed, trade union leaders have welcomed the newly installed Dickon Mitchell-led government’s swift action towards creating a pathway to make good on the outstanding payments to retirees, which is expected to result in a significant productivity boost within the public sector.

In an interview with THE NEW TODAY on Wednesday, President of the Public Workers Union (PWU) Brian Grimes commended the NDC administration on its approach to the issue which he noted is a “total contrast to the doom and gloom narrative” that was painted by the ousted Keith Mitchell regime, whose position was that “if we pay the pensions…we cannot do anything (service social programmes et cetera) in this country because our economy would sink.”

The Keith Mitchell regime estimated that an EC$100 million will be required to service the pension debt annually for the next several years.

Grimes, who had earlier called for a change in the former government’s narrative on the issue of paying the pension, described the doom and gloom tactics as “poor leadership,” on the part of Dr. Mitchell.”

Grimes expressed the view that this development on pension “will assist our country tremendously in terms of increasing productivity in the public service and also in creating a boom within the economy”.

Days earlier, the President of the Grenada Union of Teachers (GUT) Jude Bartholomew encouraged his members, other public officers, and the nation on a whole, to rally around the favourable developments on the pension issue, stating that “our level of productivity must rise in this country because it is a good start for all of us.”