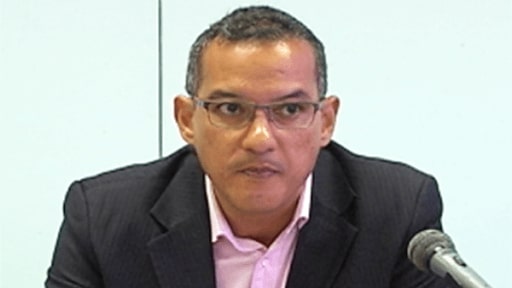 Minister Steele – the new COVID-19 protocols are only hours away

Grenada is on the verge of introducing a new set of COVID-19 protocols that would see an ease in quarantine restrictions on persons landing at the Maurice Bishop International Airport (MBIA) at Point Salines.

According to Health Minister, Nicholas Steele, passengers will no longer undergo PCR testing for the virus on arrival at the airport but will be allowed to go into an approved quarantine facility where they will be tested four days after touching down on the island.

In an exclusive interview with THE NEW TODAY on Sunday, Minister Steele said that the new protocols have been fashioned after COVID-19 measures adopted by member states of the Caribbean Community (CARICOM).

“The new protocols are based on the CARICOM protocols and our release (on imposition) will come out by the end of tomorrow on our website,” he said.

“We are not testing at the airport – there will be 4 days quarantine and then we test before they come out of quarantine,” he added.

According to Minister Steele, there is no change to the protocol in place in Grenada for persons coming from Red Zone areas like the United States where passengers from there are required to have a negative PCR test in their possession not older  than 7 days prior to their arrival at MBIA.

THE NEW TODAY understands that passengers who came into the island on Wednesday on a JetBlue charter flight from New York were not tested at the airport on arrival but were PCR tested today (Sunday) by a Ministry of Health team.

A family member said that his relatives were informed Sunday that they will be allowed to leave the facility tomorrow if the results came back negative.

According to Minister Steele, the four days of quarantine is mandatory to ensure that “the virus is not incubating” while the passenger was travelling to Grenada.

The PCR tests are not done by any of the private providers but by the Ministry of Health at any one of its two facilities at the St. George’s General hospital or at St. George’s University (SGU).

When asked how the government is sure that the incoming passenger will go to the approved facility after landing at MBIA, Minister Steele said: “They have to fill out the forms and verify where they’re going. They go there with approved transportation.”

“…We have worked with the Airport Taxi Association and they are responsible for bringing them (passengers) where they have told Immigration they are going. That is so, so the airport taxi guys can get an income as they have done the training with the Ministry of Health and GTA (Grenada Tourism Association) and (are) following the protocols – sanitising, wearing the proper protection etc. etc.,” he added.

THE NEW TODAY understands that these will be the same new protocols that Grenada will be putting in place across the board for the planned re-opening of Sandals La Source and other hotels from October 1.

The Grenada government has designated the island free of COVID-19 as there has been no registered case of the virus for over two months.