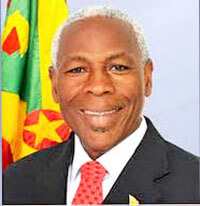 At least twenty vendors are likely to be permanently displaced as the Government of Grenada makes way for a multi-million dollar commercial complex in the town of Grenville.

The commercial complex is to be constructed on property where the Grenville Post Office is located and where small vendors have been operating for decades.

Works Minister Gregory Bowen unveiled plans for the new construction which will provide accommodation for all government departments and revenue offices, as well as commercial businesses.

Commenting on the displacement of the vendors, at a Post Cabinet Briefing on Tuesday, Minister Bowen said one option would be to construct a wooden structure elsewhere.

“We are looking for a location to put the small businesses. Should we construct a quick wooden structure to put them in?”

However, Minister Bowen said it was not likely that the vendors would return to the new three-storey facility because the cost of tenancy would be too high.

The businesses which now operate on the site, which is in the heart of Grenville Town, include shops selling clothing and miscellaneous items, food and refreshments and shoe repairs.

“Whether or not the compound will facilitate them after, in a beautiful way, yes that is being looked at in the design.

“Some of them though, when you look and in discussing with them the cost, they will now have to pay a rent and that may be outside of their financial capacity with the small business that they are doing – so a small area must be made for them and that is being given due consideration.”

The government is currently engaged in tendering and duration and project cost are yet to be announced, although the Minister said about fifty people will get jobs during construction.

Minister Bowen said the government offices will occupy one floor while an unnamed “anchor tenant” will rent office and commercial space.

He explained that it is the intention of the government to recover the cost of construction within twenty or thirty years, after which ownership would revert to the government.