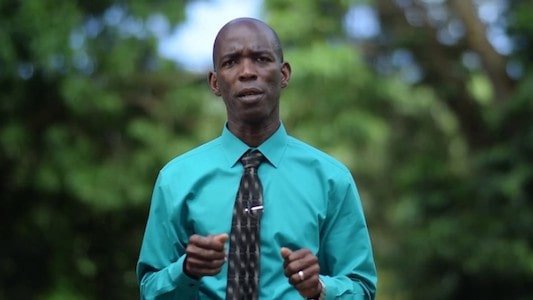 Tobias Clement – met with NDC on their invitation

Well-placed sources told THE NEW TODAY that the meeting was held Thursday at the invitation of the Congress party.

According to the source, Clement was surprised that Congress would have sent such a high-powered delegation to meet with him in the very first encounter between the two of them.

He said that the NDC raised two issues with the Opposition Leader – a commitment that one of their members being appointed to the newlook Senate and their own involvement in the weekly air time afforded by the Grenada Broadcasting Network (GBN) to the Opposition.

He spoke of Clement telling the NDC delegation that these were non-issues for discussion since the Constitution empowers him with certain guaranteed rights that he intends to perform.

Under the Grenada Constitution, the Leader of the Opposition is empowered to appoint three members to the Upper House of Parliament.

THE NEW TODAY understands that the NDC had taken a position prior to the meeting to ask its two Senators to tender their resignations.

The source pointed out that there is “no accommodation or political arrangement or understanding” between clement and Congress at this time for such a request to be made of the Opposition Leader.

“That is something that can be looked at down the road but not at this moment since Tobias is not part of the NDC  party and is not thinking of joining their party at all”, he remarked.

‘Toby is clear on this – he is the Opposition Leader and will do the things that the Constitution provides for him to do”, he said.

Clement is said to have already taken the position that he would re-appoint one of the two Senators from Congress to remain in Parliament.

This newspaper cannot confirm whether the individual would remain as a member of NDC.

On the GBN issue, the Congress party was planning to send its Political Leader Franka Alexis-Bernardine to Tuesday’s programme but pulled out at the last minute when it was announced that the media house had instead requested the new Opposition Leader to appear as its guest on the programme.

Clement has reportedly told the NDC delegation that he has no intention of giving way to them on the GBN weekly programme.