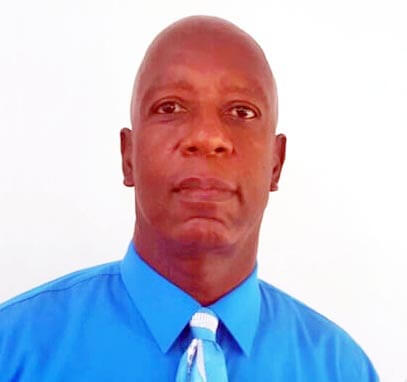 Former employee with the Ministry of Education, Leo Cato is being looked at as a possible political leader for the main opposition National Democratic Congress (NDC).

Well-placed sources told THE NEW TODAY that at least two senior members of Congress have already engaged Cato on the issue of running for the vacant position of party leader following the recent resignation from the post of former Education Minister, Franka Alexis-Bernardine.

Deputy Political Leader Adrian “Persuader” Thomas who is the Caretaker for the St. David constituency is now acting as political leader of the party.

According to one high-level NDC member, Cato who is the current Chairman of the Grenada Co-operative Nutmeg Association (GCNA) is already giving serious thought about running for the position at the upcoming convention of the party due sometime in 2021.

He said that Cato is no stranger to the NDC set up since he was elected within the last two months as Chairman of the party’s branch in the St. Andrew North-east constituency in which former school teacher Kate Lewis is the current Member of Parliament.

The source said that a very influential party elder believes that Congress should always look within its rank to persons like Cato in terms of leadership of the party and not bringing in an outsider for the job.

Another veteran NDC member told THE NEW TODAY that he has approached Cato on the issue of party leader and the St Andrew farmer indicated that he is prepared to put himself up for the job.

He quoted Cato as saying that he feels he is up to the task of providing the kind of strong leadership that is needed to confront Prime Minister Dr. Keith Mitchell and his NNP which won all 15 seats in the last two polls in 2013 and 2018.

Another member of the executive said that the party needs someone outside of the current leadership to take charge in order to give the NDC “a freshness” going into the election out of fear that persons might brand Congress as bringing “nothing new to the table with a set of losers”.

THE NEW TODAY understands that at least one person from the St. John’s area has expressed interest in the post of NDC Political Leader.

The individual is living in the south of the island but is reportedly not getting the support of the South St. George NDC Constituency branch to contest the vacant post of Congress leader.