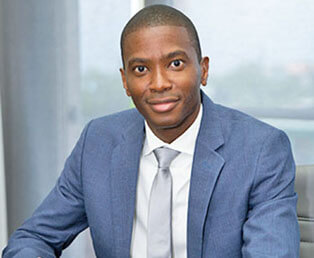 October 31 is the date set for the much postponed annual convention of the main opposition National Democratic Congress (NDC) party to select a new political leader.

A party insider told THE NEW TODAY that a number of party officials have told the Management Committee it was time to hold the convention to chart the way forward for the party and to avoid another postponement as has been the case within the past year.

He said that the post of political leader is up for grabs but that a recent poll conducted for Congress resulted in former Prime Minister Tillman Thomas emerging with a strong following to return to frontline politics and lead the party into the next general election.

According to the official, it is very unlikely that the current Acting Political Leader Adrian “Persuader” Thomas will get the support of delegates to remain in the job.

He pointed to a lot of behind the scene manoeuvres involving various factions “to get their man” to be appointed as the new political leader of Congress.

NDC has been without an elected Political Leader for almost a year when former Education Minister Franka Alexis-Bernardine resigned from the post citing concerns for her health.

The source said that a small faction within the NDC was pushing for attorney-at-law Derick Sylvester to take over the reins of leadership of Congress which suffered back-to-back 15-0 defeats at the polls in 2013 and 2018 general elections.

But the city barrister who had signaled his intention to join the party reportedly pulled out at the last minute for unknown reasons.

There are reports that another attorney-at-law Dickon Mitchell has joined the party and is said to be getting heavy backing from a group of businessmen in the south of the island to become the new Congress leader.

Mitchell is also said to be getting backing for the top party job from a controversial talk show host.

Thomas, the former Prime Minister and one-time Member of Parliament for St. Patrick East, has not made any firm commitment on whether he would return to frontline politics.

When questioned on the issue, Thomas has repeatedly said that he is willing to do anything to help the party which has been in the political wilderness since it was affected by a bitter power struggle almost ten years ago involving elements of the ill-fated 1979-83 Grenada Revolution.

The ex-Prime Minister had to grapple with an internal insurrection led by NDC’s General Secretary and former Minister of Tourism Peter David who was expelled along with several others at the height of the power struggle.

David has since joined the ruling New National Party (NNP) of Prime Minister Dr. Keith Mitchell and currently holds the post of Minister of Agriculture.

Two other NDC posts that will attract a great deal of attention will be General Secretary and Public Relations Officer.

Moves are said to be afoot to look for replacements for Glen Noel as General Secretary and female attorney-at-law Claudette Joseph as the PR face of the party.

A female from the south of the island is said to be eyeing Noel’s post while a former radio personality has joined NDC with the hope of contesting the PRO position and also the Town of St. George constituency in the next general election.

Prime Minister Mitchell has until 2023 to call general elections in Grenada.