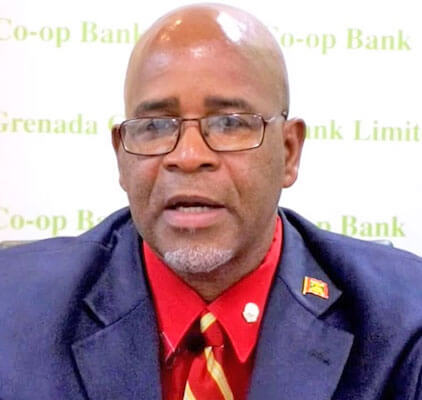 Richard Duncan – the new head of the CBI office

Grenada’s new passport selling czar, Richard Duncan has given assurances that there will be greater transparency under the Dickon Mitchell-led Congress government than the predecessor, Dr. Keith Mitchell and his New National Party (NNP) in executing the controversial programme.

In an exclusive interview with THE NEW TODAY, Duncan said that those now administering the programme is contemplating executing an initiative “to demystify and to destigmatise CBI.”

He disclosed that an event is planned for November 4 by the CBI office in conjunction with a group known as Investment Migration Council (IMC).

The Council is a worldwide forum for investment migration, bringing together the leading stakeholders in the field.

It is an impact focused Swiss based (non-profit) membership organisation in special consultative status with the Economic and Social Council of the United Nations since 2019 and registered with the European Commission Joint Transparency Register Secretariat.

The IMC helps to improve public understanding of the issues faced by clients and governments in this area and promotes education and high professional standards among its members.

The IMC is constituted as a not-for-profit association under Swiss law. Based in Geneva, it has representative offices in New York, London, Dubai, Hong Kong and Grand Cayman.

The country said in its Mission statement: “Our mission is simple and straightforward: it is about setting the global standards for others to follow and promoting competence and ethical behaviour. Additionally, we improve public understanding and transparency of the industry through various initiatives, including academic research. We are the leading platform for governments, academia and professionals.”

According to Duncan, the local CBI office will be inviting “key members of the public, persons with influence including journalists to the planned forum called Demystifying Investment Migration.

He also announced that the Grenada Co-operative Bank Limited where he served as General Manager for several years will on November 3 hold its 3rd annual Investment Migration round table.

Duncan spoke of plans to have an ongoing series of programmes “where we help to demystify and destigmatise investment migration.”

He also said that the local CBI office will be stepping up with “a more rigorous release of information” to the public on the issue of selling passports.

The Investment Migration Round Table Conference is a collaborative initiative undertaken by Grenada Co-operative Bank Limited and the Grenada Citizenship by Investment Unit.

The organisers have said that the get-together will seek “to attract industry stakeholders, members of government and guest speakers to share their knowledge, expertise and experiences to enable the strengthening and sustainability of Grenada’s Citizenship by Investment Programme.”