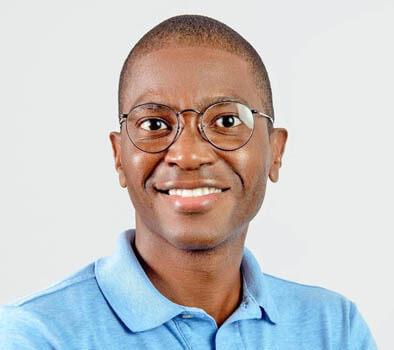 Dickon Mitchell - has helped to re-energise the NDC base

A regional political figure has warned the main opposition National Democratic Congress (NDC) of Dickon Mitchell that it has to “up the political tempo” in order to defeat the incumbent New National Party (NNP) of Prime Minister Dr. Keith Mitchell in the upcoming general election.

“(Dr. Mitchell) ain’t hard to take down but you have to do the work,” he told THE NEW TODAY in an exclusive interim.

He urged all 15 NDC candidates selected to contest the poll to begin the process of identifying their votes to stand a chance on Election Day against the NNP which won all the seats in the 2013 and 2018 general election.

“That is the most critical thing – know who you are bringing out to vote on Election Day – there is no glamour in that,” he said.

Describing this aspect as “the most basic thing,” in electioneering, however, the experienced political figure believes that it is not seen by many persons involving in politics as “the sexiest thing” in the political campaign but it is very important as one has “to sit down and identify” the potential voters.

He stated that each NDC candidate has to find the discipline “to sit down in a room in a Polling Division with 12 to 15 people and you identifying your votes in that community.”

He suggested that the candidates and his/her team must “know where they are, who they are – you know who you have to contact, who wants to see you, who you don’t even have to tell a word on Election Day – they going out and vote.”

You have to be pro-active. So go out there and identify your votes, identify your support, and know their locations and you have your 15-member team of people who know them – some of them might be living outside of the constituency but every vote is important. You have to know how to get them, and you must know how to contact them.

According to the regional political figure, this aspect of the electioneering is seen by many as “the boring part of the politics but it is the most important part.”

He warned the NDC to guard against just concentrating on political marketing, as well as “the glamour like wearing jerseys and t-shirts and going on the motorcades, people seeing you, and making nice speeches on the political platform.

Related:  The election is tight

That is good but knowing where your Election Day machinery comes into play. Until you know who you bringing out to vote – know where your voters are, who on wheel chair, who can’t walk properly and need help, who needs to take their medication by 10 o’clock.

You nail down the thing to the T. Some people cannot go and stand up in the line for long like the senior people – you have to give them some priority. You have to understand the voting pattern – by 10 o’clock the line should slow down and you have to know who to bring out around that time to vote for you.

You have to get people to assist the senior people by putting them into the bus to go to the polling station and then back home. All these have to be organised in advanced of Election Day.

You also have to have people helping you to deal with voters who normally gets excited because of the occasion. If your Election Day machinery is not in place, your whole Election Day thing will be in shambles. That is the key to nail down”.

The regional political figure reminded Congress that Election Day boils down to a Numbers game.

He said the NDC is doing a good job at the moment in the area of marketing and defeating PM Mitchell “in the media war.”

“They are good at that but that is not the part that win elections – it is the ground game. That is how you win it,” he said.

Congress has been regrouping in the past seven months under a virtually newcomer into the political arena, 44-year old attorney-at-law Dickon Mitchell who has brought on board with him several youngsters.

THE NEW TODAY understands that a recent Opinion Poll conducted for NNP shows that the upcoming general election is too close to call with the ruling party leading in only eight of the fifteen constituencies – St George North-west, Town of St George, St. George South-east and the four constituencies in St Andrew.