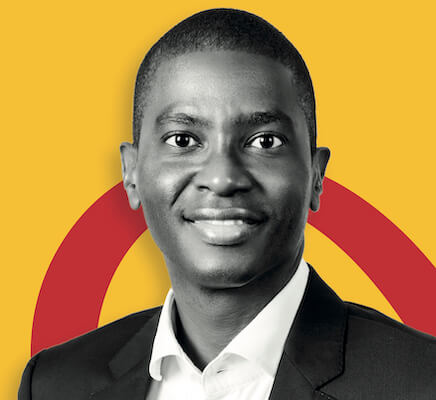 It’s apparently a done deal within the main opposition National Democratic Congress (NDC) on its selection of a new Political Leader.

Well-placed sources told THE NEW TODAY that attorney-at-law Dickon Mitchell will most likely take the top spot at tomorrow’s annual convention of the party to be held virtually for the first time due to the coronavirus pandemic.

The inexperienced Mitchell is being looked upon by Congress as someone who will be able to attract major financiers and the youth vote to the party in the upcoming general election.

According to a well-placed party official, the previously unheard of Leadership Search and Development Committee (LSDC) has approached two other contenders for the positions of Political Leader – Phillip Telesford and Terry Forrester – to get them  to drop out of the race and to allow Mitchell to take the position without any contest.

Telesford has seemingly agreed to the proposal put forward to him to accept nomination instead for the post of NDC Chairman based on a statement attributed to him which reads as follow:

“Good morning, the Leadership Search and Development Committee has submitted its findings having heard from all candidates vying for positions on the National Executive of the NDC.

In summary they have recommended that, l Philip Telesford give consideration to the position of Chairman of the NDC, a position for which l have received professional training and over a decade of practical experience.

I support Party unity and teamwork. Therefore I shall be contending for the position of Party Chairman in accordance with reconciliation of the LSDC. I take this opportunity to wish all persons vying for Executive Office God’s blessings”.

A party insider told THE NEW TODAY that a similar approach was made to Forrester to withdraw his intention to contest the top Congress job with a suggestion that he accept nomination for the post of Deputy PRO which he turned down.

He said that Forrester plans to contest the post of Deputy Political Leader of Congress at Sunday’s convention and if he fails then he would also offer himself up for Political Leader in a straight fight with Mitchell.

The source also said that the committee has rejected the bid by former Deputy Permanent Secretary in the Ministry of Finance, Lennox Andrews to offer himself for the position of Deputy Political Leader of Congress.

He told THE NEW TODAY that Andrews was informed at a session last night that the two persons who will go forward at the Convention are Interim Political Leader, Adrian “Persuader” Thomas and Joseph, the female attorney-at-law and Caretaker for the town of St. George.

Speculation is rife that former Political Leader, Nazim Burke who had expressed an interest in returning to the top position in the party has now given assurances that he will drop out of the race.

A number of pro-Burke loyalists have indicated that they intend to nominate him tomorrow for the post of Congress leader.

THE NEW TODAY was told that a senior Congress delegation held talks with the former finance Minister about two weeks ago and offered him a position on the National Executive as Chairman of the party.

With Telesford asked to contest the post of party Chairman, it is not clear whether Burke will offer himself up for the position.

One other person, Tevin Andrew, the NDC Caretaker for Carriacou & Petite Martinique, has also expressed interest in the post of Chairman.

The LSDC is said to favour another political newcomer, Orlando Romain who is on Mitchell’s slate of candidates to get the job of PRO and for Noel to retain the position of NDC General Secretary.

The NDC insider was very critical of the manner in which the committee carried out its work to get prospective candidates to withdraw from contesting for some positions.

He complained of a conflict of interest with Attorney Joseph who is on the committee searching for persons to serve on the executive but was allowed to offer herself for nomination to get elected to the same National Executive body.

He referred to it as nothing but “more intrigue” on the part of some members of the NDC hierarchy.

The NDC has been in the political wilderness for the past eight years following back to back 15-0 loss at the polls to the ruling New National Party (NNP) of Prime Minister Dr. Keith Mitchell.