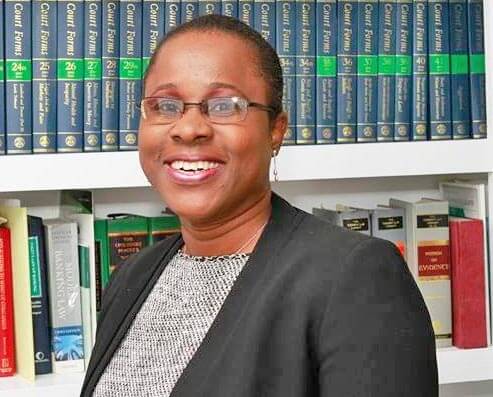 Claudette Joseph – the current PRO of the Congress party

The National Democratic Congress says an independent investigation must be mounted to find out what happened at the Sandals Resort, which led to the widespread transmission of the novel coronavirus, calling the situation a “grave act of harm” against the People of Grenada.

Public Relations Officer and Attorney-at-Law Claudette Joseph, addressing a media briefing on the issue Monday said an investigation needs to be opened under the Commission of Inquiries Act so that the government cannot influence its outcome.

“We would object to government having any representative on that Commission of Inquiry because government clearly cannot investigate itself and it is government that will be under investigation here,” she told reporters.

“We also call for this inquiry to be set up under the Commission of Inquiries Act and under no other legislation so it could be completely independent of our government’s influence because at this point, based on what they have done now, we cannot trust them,” she said.

Grenada is now facing the possibility of community spread of COVID-19 after guests at Sandals Resort and employees tested positive for the virus.

The Grenadian workers in turn, transmitted the virus to people in various parts of the island and in one household thirteen people have tested positive, including two primary school students.

Sandals is one of four local hotels where the Ministry of Health has exempted COVID-19 testing and quarantine and which have been allowed to operate under the ‘hospitality corridor’.

Joseph said, “This action constitutes one of the highest levels of recklessness, adding that Government breached the regulations that they have put in place for the control and prevention of the spread of the virus.

“We call for a full and independent inquiry into what transpired and how is it that our ministers, our authorities, allowed the regulations that they put in place to be so severely sabotaged, because basically that (is) what was done.

“Our people were sabotaged by those people who are implementing the regulations, breaching the same regulations and putting us at risk.”

Joseph offered recommendations for the make-up of such an inquiry explaining that the terms of reference should be to investigate what caused the Sandals Cluster.

“That independent inquiry must comprise representatives from the Trade Union Council because the workers are directly affected, from the religious community, from the business community, the Chamber of Commerce and be headed by a retired Justice.

“And we have two retired Justice Roslyn Wilkinson and Justice Rita Joseph, both very capable, retired Judges who can impartially and independently inquire into what transpired, what caused this grave act of harm to be visited on our people.

“We are calling on the GG to set up a Commission to inquire into the circumstances leading up to the breaches of the legislation that have now resulted in the disease being transacted by locals who have no travel history.”

The NDC is also calling on the two ministers directly involved – the Ministers of Health and Tourism – to resign immediately.

Joseph said the Civil Society grouping, Trade Union Movement and the Business and Religious community should also demand the resignations of the two ministers – Nicholas Steele and Dr. Clarice Modeste-Curwen.

She also said the Prime Minister should apologise to the nation and pay compensation to the businesses which may suffer losses as a result of restrictions during the Christmas season.

Acting Political Leader of Congress, Adrian Thomas criticised the difference in the rules for hotels operating within the ‘hospitality corridor’ and others saying that, “two sets of protocols will create chaos”.

He said, “The action and inaction of the authorities must be met with protest from the people”.

According to Thomas, when there are exceptions to the rules these exceptions must not put people in danger.

Prime Minister Mitchell on Monday night announced several measures including what amounts to a curfew from 10.00 p.m to try and grapple with the rising number of Covid-19 cases on the island.