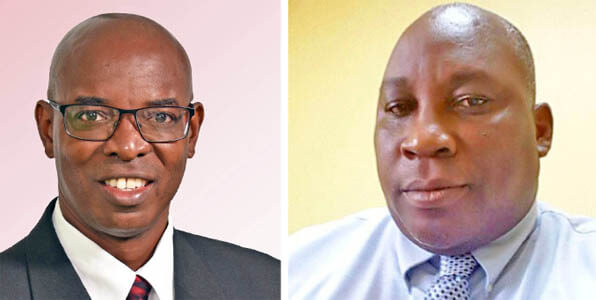 The National Democratic Congress (NDC) has announced a full slate of 15 candidates to contest Grenada’s next general election.

Denis Cornwall, a former Director General in the Ministry of Finance will represent the St. Patrick East Constituency while Phillip Telesford, an accountant and businessman, has been selected to be the NDC’s Candidate for the Constituency of St. George’s South East.

The selection of both Cornwall and Telesford followed a series of transparent screenings by the NDC’s Candidate Selection Committee and the unanimous approval of the NDC constituency branch at a meeting in their respective constituencies.

“We are pleased that our team reflects a mix of youth and experience in both public service and the private sector. Grenadians will have the opportunity to choose a competent team, with a deep passion for people and committed to the development of our beautiful country,” said Political Leader Dickon Mitchell.

He was particularly welcoming of the gender balance in the NDC team with four of the 15 candidates being women. The Political Leader urged all Grenadians, irrespective of their political affiliation, to join the movement to transform the nation and move Grenada forward.

The Last Two Candidates to be announced:

Phillip Telesford is a proud past student of the Happy Hill Secondary School. He is known for his leadership qualities, ambition, hard work, discipline, determination and love for others. These character strengths are anchored by his faith in the Almighty God.

He began his working career as a Teacher at the Happy Hill R. C. School where he served for one year. Thereafter, Phillip embarked upon a professional career in the field of Accounting. His early development was shaped at the Association of Accounting Technicians (AAT) and later the Association of Chartered Certified Accountants (ACCA).

During his working life, Philip held senior positions at the Grenada Development Bank, the Grenada Public Service Cooperative Credit Union and LaSource Hotel. He was last employed at the Coyaba Beach Resort as Financial Controller for fifteen years until his resignation.

Philip has served as Director on several boards in Grenada including the Gravel Concrete and Emulsion Production Corporation, the Grenada Co-operative League Limited, the Grenada Public Service Co-operative Credit Union (now Ariza Credit Union) and the Institute of Chartered Accountants of the Eastern Caribbean – Grenada Branch.

Philip was a member of the Rotaract Club of Grenada. He is an active member of his church, a sporting enthusiast, having participated in several national athletic championships. He is a family man, who is happily married to Melinda and is blessed with four wonderful children.

Denis Cornwall is a well-respected family man from very humble beginnings. He was born in the Village of River Sallee, St. Patrick’s on 27th September 1959 and resided in the village up to the age of eighteen.

He taught Spanish and Mathematics at McDonald College in Sauteurs, St. Patrick’s for over a year, after a stint at his alma mater, the River Sallee Government School.

Denis has always been passionate about giving back to his society that molded him.

He joined Ministry of Finance as an Economist in the budget department in 1990 and obtained additional training at reputable institutions such as the International Monetary Fund (IMF), the Caribbean Development Band (CDB), and the Eastern Caribbean Central Bank (ECCB).

He quickly rose to the rank of Chief Budget Officer prior to his appointment as Deputy Director General with responsibility for Budget and Fiscal Policy and later, served as Director General in the ministry. He was part of the team that worked to restore Grenada to Creditworthiness in the early 1990s.

Denis also brings to the team private sector experience with his work as Product Analyst in the Marketing Department at Cable and Wireless (now Flow) and a 2 year attachment at the company’s Regional Marketing Department in the Cayman Islands. Denis resigned from Cable and Wireless to join the newly established Eastern Caribbean Home Mortgage Bank (ECHMB) in Basseterre, St. Kitts, in September 2001. He is an active member of the St. George’s Lions Club.