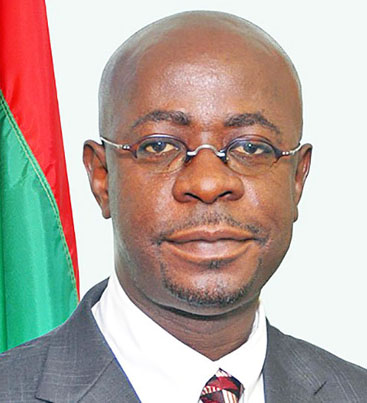 Details are beginning to emerge about a criminal investigation ordered by Prime Minister Dr. Keith Mitchell against former Finance Minister and Political Leader of the National Democratic Congress (NDC), Nazim Burke over scholarship funds given to his son to study in Canada.

Authoritative sources told THE NEW TODAY that Dr. Mitchell had instructed the head of the Financial Intelligence Unit (FIU), Superintendent of Police, Tafawa Pierre, who is the husband of Education Minister, Emmalin Pierre to conduct the probe into Burke who was a senior minister in the 2008-13 Congress government.

A source who is familiar with the issue said that Prime Minister Mitchell and Supt. Pierre ran into a stumbling block in the criminal investigation because they could not provide information that the Canadian government requested in order to pursue the Burke matter.

He spoke of a flurry of exchanges between the relevant bodies in both Grenada and Canada on the Burke issue over the years until it reached a dead end.

According to the source, Prime Minister Mitchell decided to go after Burke on the grounds that he was engaged in wrongdoing while Minister of Finance with state funds for the purpose of paying for his son’s education at a university in Canada.

“He (PM Mitchell) went after Nazim (Burke) claiming wrongdoing and inappropriate payments to Nazim’s son while he was a student scholar awardee in Canada. He wanted disclosure of information regarding Nazim’s son tenure at the university in Canada,” he said.

Burke’s son was an island scholar and was assisted by the State to pursue his studies in Canada.

The former Finance Minister and his wife and family had lived in Canada for many years before returning to Grenada upon which Burke returned to frontline politics with the Congress party.

During the 1979-83 Grenada Revolution, Burke was a senior member of the staff in the Ministry of Finance and Planning that was headed by former Deputy Prime Minister, Bernard Coard.

The source stated that Prime Minister Mitchell turned to Supt. Pierre and the FIU to try and “dig up dirt” on the ex-Finance Minister as part of the investigation, which could have led to fraud and corruption charges being laid against him.

He said that the FIU was playing a key role in the investigation that was ordered by Prime Minister Mitchell against Burke to approach the Canadians for disclosure on the funds that were used to pay for the Education of his son.

“The request for disclosure was met with a response from the Canadians which said that the information is protected from disclosure – there is a non-disclosure with respect with this information regarding students and the only way to get disclosure was for a judge in Canada to make an order,” he told THE NEW TODAY.

“In order for the Legal Affairs/Attorney General’s Chambers in Canada to make an application to the High Court, the Grenada government had to establish that Nazim (Burke) did something wrong in the process of getting the scholarship for his son,” he said.

According to the source, the government in Ottawa told St. George’s that the Canadians had to have a very good reason to approach a judge in Canada on why they are coming to the court for disclosure on the scholarship issue.

He said the Canadians insisted for years that they would only move forward with the request when the Mitchell-led regime was able “to point out to us what wrongdoing that Nazim (Burke) did with respect to his son’s scholarship in Canada”.

“Keith (Mitchell) was unable to provide the evidence and that is the only reason why he didn’t get any dirt on Nazim (Burke),” he remarked.

Prime Minister Mitchell and Burke were often engaged in heated exchanges between them in Parliament especially when Congress was in power in the 2008-13 period.

During one sitting, Dr. Mitchell described Burke as “Bound to Lie” and the then Finance Minister shot back at him, “Bound to Thief”.

The source pointed out that Prime Minister Mitchell and the FIU could not pursue Burke any further since they had not been able to come up with a single piece of evidence of wrongdoing on his part.

“The guy (Keith Mitchell) went on for years (after Nazim). They had no evidence at all (on Burke),” he remarked.

According to the source, Prime Minister Mitchell often pressured Supt. Pierre to come up with evidence so that the Canadians could be used to make an approach to a judge in Canada to go after Burke for years.

He identified Supt Pierre as the main person being used by the NNP regime within the FIU set up “to target people who they decide to go after”.

When contacted on the Nazim Burke issue, Press Secretary Philomena Robertson sent the following response on Thursday at 2.35 p.m: “Regarding your requests submitted this week, I write to advise that there will be no comment from the office of the Prime Minister.”

Political opponents of Mitchell’s ruling New National Party (NNP) have often called for the removal of Supt. Pierre as head of FIU on the grounds that he is a “politically-exposed” person as husband of a senior minister in the administration.