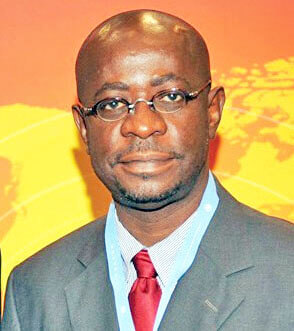 Nazim Burke – seems to be reconsidering his political prospects

Attorney-at-law Nazim Burke is giving mixed signals about contesting the post of Political Leader of the main opposition National Democratic Congress (NDC) at the October 31 convention of delegates to be held virtually on the Zoom platform.

Party insiders told THE NEW TODAY that Burke who relinquished the post after the massive 15-0 loss to the ruling New National Party (NNP) in the 2018 national election had intimated to the Recording Secretary at the NDC Secretariat his intention to contest the post.

Less than 24 hours after the news surfaced, a close associate of the former Congress boss said, “I don’t know whether or not he (Burke) approached the Recording Secretary but I am satisfied that he is not running.”

Party insiders suspect that Burke’s decision to contact the NDC Recording Secretary could have been part of a strategy aimed at assessing the mood of NDC supporters about his chances of returning to the top job within the party to get another shot at the critical position of Prime Minister of the country.

There are reports within Congress that some of the once loyal supporters of the former Finance Minister in the 2008-13 Congress government are now throwing their support behind another barrister-at-law, Dickon Mitchell who is contesting the post of Political Leader at the convention.

One pro-Burke ally on the NDC National Executive told THE NEW TODAY that he planned to approach the ex-leader to convince him not to contest the position as the party was looking at “new blood” in going forward to face the NNP which has dominated the local political landscape in the last 25 years.

He also said the plan is to engage the other contenders for the post of Congress leader to reach a consensus among themselves on a single candidate prior to the holding of the convention.

The other contenders who have indicated interest in the top job are Interim Political Leader, Adrian “Persuader” Thomas and rooky politician Phillip Telesford, a poultry farmer and executive with the local Credit Union movement.

There are reports that a section of the party is throwing their support behind Mitchell who is said to be getting financial backing from a section of the business community and corporate Grenada.

According to one insider, Mitchell and his supporters who took out membership of NDC in recent weeks have “foreign connections” and are at an advanced stage with a marketing strategy to take on Prime Minister Mitchell and his NNP outfit in the upcoming general election.

He confirmed reports that Burke had made several telephone calls to Mitchell in recent days but did not elaborate on the nature of the discussions.

A number of key Mitchell supporters are on his slate to contest positions in the NDC Convention – Ron Redhead (General Secretary) and Orlando Romain (Public Relations Officer).

NDC insiders feared that the re-emergence of the former Finance Minister to seek the NDC leadership could setback the “alliance” being worked out with Clement and his Senators in the Upper House of Parliament.

The Opposition Leader is the Member of Parliament for the St George North-east constituency, having defeated Burke in the 2013 and 2018 national elections while a member of Mitchell’s NNP.

A key NDC loyalist, Businessman Ken Joseph is known to have expressed a preference for Clement to be allowed to contest the seat once again and not Burke.

THE NEW TODAY understands that NDC’s current PRO, Claudette Joseph, an attorney-at-law, is not seeking re-election.

Apart from Romain, the other two contenders for the post are Jason Skeete, and Randall Robinson who is said to be a key member of the Phillip Telesford team.

The NDC Caretaker for Carriacou & Petite Martinique, Tevin Andrew has expressed interest in the post of party Chairman now held by Terry Moore but some persons want him to contest the position of Deputy Political Leader.

There are reports that the current holder of the post Glen Noel will be on the ballot on Convention Day as a nominee from the floor.

The prospective NDC office seekers are currently engaged in behind the scene efforts to try and influence delegates to vote for them at the convention.

THE NEW TODAY has picked up information from credible sources that Prime Minister Mitchell is planning to have the NNP election machinery fully in place at the start of the New Year to kick-off the campaign for a possible poll around June to July.