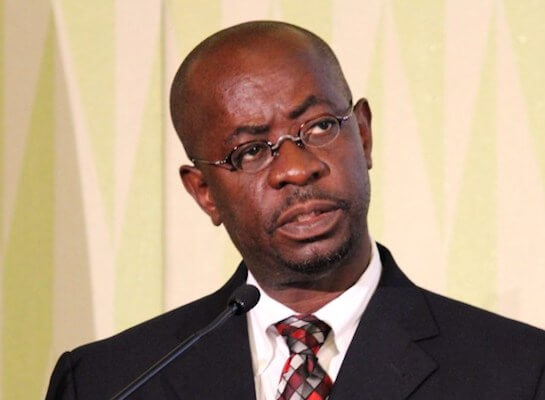 A high-level party source told THE NEW TODAY that Burke has approached the Recording Secretary of the NDC Secretariat in keeping with the requirements of the party’s constitution to inform them about his interest in running for the post of Political Leader at the October 31 convention.

He said that the re-entry of Burke is rather surprising since the ex-government minister had been telling close aides for  months that he was not interested in returning to the top job which he quit after the 15-0 drubbing in the 2018 poll at the hands of the ruling New National Party (NNP) of Prime Minister Dr. Keith Mitchell.

THE NEW TODAY had picked up information more than a year ago that Burke was not finished with frontline politics and his resignation at the time was a strategic move on his party as he bided his time to contest the post of Congress leader once more.

The party insider said that approaches will be made to Burke before the convention to pull out of the race as the NDC was looking at charting a new course forward with a younger generation in the forefront to help bring “energy” to the campaign in an effort to defeat NNP, the most successful political party in electoral politics in the country.

However, he admitted that Burke could emerge as winner in a 4-way contest for the post of NDC Political Leader at the convention which will be held Virtually due to Covid-19.

He expressed fears that the re-emergence of the former Finance Minister might dampen the “alliance” which Congress is currently in the process of working out with Opposition Leader, Tobias Clement and his Senators in the Upper House of Parliament.

He pointed out that Burke will be eyeing the St George North-east seat which he lost in both the 2013 and 2018 elections to Clement who was then running on the NNP ticket.

Businessman Ken Joseph who is an influential financier for Congress is known to support Clement getting the nod to contest the seat in the upcoming general election.

THE NEW TODAY understands that current Public Relations Officer (PRO), Claudette Joseph, an attorney-at-law like Burke, might now be interested in contesting the post of Deputy Political Leader at the convention to emerge as Burke’s running mate in the national poll.

A party official indicated that the NDC Caretaker for the sister isle of Carriacou & Petite Martinique, Tevin Andrew who has shown interest in the post of party Chairman is being urged by some party supporters to instead make a bid for the post of Deputy Political Leader.

He also said that the key position of General Secretary of the NDC has three contenders at the moment – Catherine Pascall, Learie Barry and Ron Redhead who is said to be on the slate that is being put forward by attorney-at-law Mitchell who is not related to the Grenadian leader.

The current holder of the post Glen Noel is said to be planning to put forward his name in defense of the position on the floor in front of delegates on the day of the Convention.

The post of PRO in Congress is also said to be a 3-way fight between Jason Skeete, as well as the former office holder Randall Robinson and Orlando Romain, a new entrant into the party under Mitchell’s slate.

Speculation is rife that Prime Minister Mitchell who has already put the NNP on an election footing might be inclined to call the poll by mid-2022.