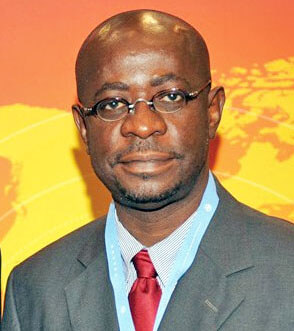 Those were the words used by former Finance Minister and ex-political leader of the main opposition National Democratic Congress (NDC), Nazim Burke in response to last week’s front page article in THE NEW TODAY newspaper.

The paper carried as its main story a decision taken by Prime Minister Dr. Keith Mitchell to use the Financial Intelligence Unit (FIU) and its boss, Superintendent of Police, Tafawa Pierre to engage in a criminal investigation of Burke in connection with the use of State funds for a scholarship awarded to his son who qualified for an island scholarship.

The article portrayed Burke as the victim of a political witch hunt by Prime Minister Mitchell for putting him under an unnecessary investigation by the FIU which so far has found him to have done nothing wrong.

The question or issue whether or not the investigation is closed or ongoing was not mentioned in the article.

Most of the comments on social media on the newspaper article over the weekend were in favour of Mr Burke and against PM Mitchell for engaging in such political mischief. Some of these comments were:

“What’s laughable is KCM govt investigating someone for corruption”

“He made himself an easy target. He has his flaws like all of us do, but he’s a good, hardworking decent  man and this is just shameful.”

“…what make you think Mr Burke son should not qualify ….”

“The young man made Grenada proud. Tell KCM he can’t stop the payment.”

“It’s the failed kick of a dying mule. I’m wondering how long they have been scraping the barrels bottom to come up with something and landed on that.”

“Who investigating the PM???”

“Let’s talk about all the ministers whose children went off to study.”

“An island scholar is no joke. He is entitled to every cent and more.”

Burke slammed into THE NEW TODAY and branded the paper of engaging in professional recklessness and questioned whether or not agents were paying the paper to do a job on him.

His attack on THE NEW TODAY was done Monday in an interview with female journalist, Blossom Alexis-Welsh of the Grenada Broadcasting Network (GBN) on a programme called “To The Point”.

Following is an edited version of the interview with the former Finance Minister:

Blossom Alexis-Welsh: I feel like I need to ask you about an article that I saw over the weekend publishing with the headline saying Nazim Burke put under criminal investigation. Have you seen the article, have you read the article?

Burke: Yes, having done so I have been led to the inescapable conclusion that this article is cowardly, it is deceitful, and it is disgusting. The first thing to notice about this article is that it appears as the lead story in the front page headline story of the paper.

Being a weekly newspaper – what about this story affords it national prominence at this time. My son was awarded the island scholarship in 2007, during the years of the NNP administration.

He commenced his studies in 2008 and finished his degree in Biomedical Engineering in 2012 at the University of Toronto.

What makes a story that Nazim Burke was investigated by the Keith Mitchell’s administration in relation to his son’s scholarship – the most important national story of the week ending August 21 2020 – that is the question?

The question is why? Is this an honest and professional attempt to inform the public about recent developments of national importance in our country or is it spiteful and deliberate?

The second issue to note about this article is how extremely deceitful it is in particular, (the writer) quotes in his article that the information relied upon came from what he called quote and unquote authoritative sources and “sources familiar with the issue”.

According to the writer, these sources told the newspaper the following things: First and I am quoting from the second column on the third page – only move forward with a request for information when Mitchell-led regime was able to point out to what wrongdoing Nazim Burke was involved in, in relation to his son’s scholarship. That is the first thing that the writer notes.

Second, he notes, “Keith Mitchell was unable to provide the evidence”. That’s the second thing he notes.

The third, “It could not go any further since they had not been able to come up with a single piece of evidence of wrongdoing on his part. I’m quoting from this newspaper.

And finally, even though Mitchell had gone after Nazim for years they had failed because there was no evidence of any wrongdoing by Nazim Burke.

What does it tell us when read in its plain and ordinary meaning?

The article in itself appears to clear me of any blame or suspicion yet, yet Blossom the investigation – clearly imply that as at August 21, 2020 there is an active, ongoing criminal investigation into some element of my conduct.

Are the words scribbles of an imbecile? Do these words simply reflect professional recklessness on the part of the writer? Is the writer acting as an agent for others in using this headline?

If the writer is acting as an agent for others – is it happening in exchange for money or other favours? It is quite clear there was no relationship between the article itself and the headline.

These questions must be considered Blossom because they impact very heavily on my life, they impact on my reputation, and they impact – this article.

I was looking for parallel to best understand and to let people understand how deeply hurtful and offensive this article is.

If a religious leader is reported to have a white powdery substance in his or her possession and the police have reasonable suspicion that it is an illegal substance.

The FIU had a right if they believed or they had reasonable grounds to believe that I had committed a crime or if one was done, they had a right to do so – that’s their job.

You see it would be wrong therefore, morally and lawfully wrong to do so and the writer must be held to account for whatever damage is done to other people’s reputation and image.

Yes, the headline is already causing very serious consternation among those who know me. I have received so many calls from people panicking – what the hell is going on and they’re asking me and I have to say to them, nothing is going on, this is just a writer on a frolic, nothing is going on.

This thing is likely to cause irreparable harm to my reputation and my economic livelihood.

How would a client feel when they pick up the newspaper and they hear that their lawyer is under criminal investigation?

If a client is looking for a lawyer at this particular point in time and they see this headline, Nazim Burke has been put under criminal investigation, why would they choose to come to Nazim Burke when you have so many lawyers in the country?

This is not just political. Therefore, those who are behind it must pay. I want to make it absolutely clear as far as I’m concern this is absolute garbage and it must be thrown in the garbage – that’s where it deserves to be.

This newspaper has historically appeared to be against the government. That’s my sense, quite honestly, it appears to be a paper if not against that is very critical, but perhaps as a more accurately to say very critical of government policy and government conduct and the conduct of other officials – am not saying that what they are reporting is untrue.

I’m saying this is all hypothetical. I’m not accusing the newspaper of anything but I’m saying its opposition to the government policy, and so on and here we are that people are very restive and raising a lot of concerns … But prints and article with Nazim Burke and the headline… Under criminal investigation.

Blossom Alexis-Welsh: Was there really an investigation 5, 10 years ago?

Nazim Burke: I have absolutely no idea. What is sad is that the article closes out by saying that an approach was made to the Press Secretary – journalistic modicum would have required or suggested to that person was that if you’re going to call the government side on an issue like this, then call the person who is alleged to have been under investigation. This demonstrates beyond doubt, the motive is not sincere and those who are doing this must be held accountable.