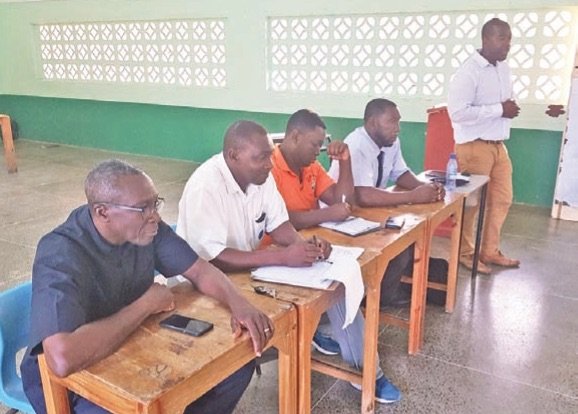 Residents of High Street, Marli and surrounding communities in St. Patrick, have welcomed an initiative by the National Water and Sewerage Authority (NAWASA) to improve their piping network and quality of supply.

NAWASA officials, engaged residents through a community meeting at the Mac Donald College, on May 23 and got their support for the project, which is scheduled to begin by the first week of June.

Parliamentary Representative for St. Patrick West, Anthony Boatswain and Constable Shervon Fortune of the Royal Grenada Police Force, supported NAWASA in its engagement with the residents.

Discussions focused on traffic disruptions, water quality and supply as well as community employment opportunities for the project’s duration.

Residents are being assured that although the work will bring some discomforts, NAWASA will make every effort to minimise those as much as possible.

Over five hundred and ninety-thousand-dollars are being spent on laying four-inch lines to replace the existing three-inch lines and increase the volume of water to residents.

Work will be done by contractor Ovin Merryman and is expected to be completed within three (3) months.

Following completion of this project, work will start on the upgrading of the pipeline network from Mt. Craven through to Plains.  Several other small projects are ongoing across the island, with a view to improving consistency in supply.

The projects are being done as part of NAWASA’s Climate Resilient efforts and in keeping with the company’s goal of ensuring water supply for all.