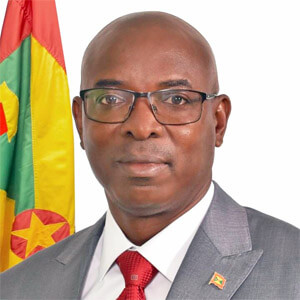 Phillip Telesford – the Member of Parliament for St George South-east

Grenada’s Minister of Social and Community Development and Housing, Phillip Telesford has been left embarrassed following the decision taken by the state-owned National Water & Sewerage Authority (NAWASA) to cut off the flow of water to his Parliamentary office at La Borie in his St George South-east constituency.

Speaking to THE NEW TODAY on Tuesday, the senior government minister said he became aware of the issue during Monday’s sitting of Cabinet when he received a call from his office.

He said as far as he understands the bill from NAWASA should go directly to Parliament and not to his office for payment.

“…We haven’t seen any bill. We are still trying to make sense of it to be honest with you,” he said.

“I don’t even know what to say because to be honest with you, I learnt (about) it and I don’t even have enough information as to how much the bill was – I haven’t seen any bill,” he added.

The senior government minister went on to say: “I called the Landlord and the Landlord was stumped when she learnt that herself. I thought it was just pretty discourteous in my view and that at least a call should be made because it is Parliament that is handling the bill.

According to Minister Telesford, he had a very hectic schedule after the Cabinet session as he was occupied with “a lot of matters” and had to wait until he got home at night to have a conversation with one of the employees in his office to find out what actually happened.

He said that even the employee was also baffled at what NAWASA had done to disconnect the water from his Parliamentary office.

Prior to the change of government on June 23 when Congress defeated the then ruling New National Party (NNP) of former Prime Minister Dr. Keith Mitchell, the operations of the Parliamentary offices on the island were run by a private company, CJ’s which was owned by a cousin of the defeated Grenadian leader.

These offices have now been put back under the control of Parliament since the regime change with the Clerk of Parliament having oversight over them.

Asked if Parliament should be blamed for the issue with Nawasa, Minister Telesford said: “I don’t even know where the problem is … I really don’t know.”

The government minister later called back THE NEW TODAY after speaking with the Clerk of Parliament to report that the situation was being sorted out and that NAWASA will be restoring water later in the day to his Parliamentary office.

He said that he understood the problem stemmed from the fact that the NAWASA account for his office is in the name of a particular individual and not the name of the Constituency.

However, this differed with the version given by the General Manager of the water utility, Christopher Husbands who said he only got back to work this morning after his 6-week vacation and was not aware of the issue.

Husbands promised to look into the matter as NAWASA would have a letter on file indicating that the particular account numbers in the name of private individuals are associated with the offices of Members of Parliament and that the company does not easily cut off the water supply quickly of customers.

Minister Telesford is using the same building that was used by his predecessor, former Minister of Finance Gregory Bowen whom he defeated to win the constituency in the June 23 general elections.