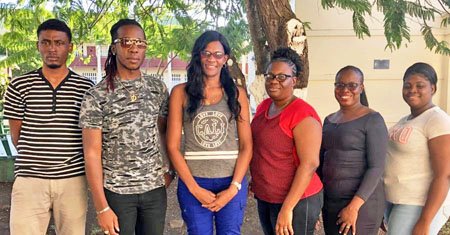 The Media Workers Association of Grenada is now without two members of its management team.

Noel has since informed the membership of the circumstances surrounding the resignations and the way forward for the association in a statement on the MWAG Facebook page.

“Both members cited the following as the basis for their resignations:

In a brief response, Noel said: “While we are disappointed that we were not able to achieve much as a unit in the past year, we do thank them both for their contributions in what we tried to achieve, especially in the re-registration of membership which on more than one occasion got little support from membership. In light of the resignation MWAG invites membership to a Meeting on February 2, 2020 to discuss the way forward.

“Members can either make a resolution to fill the vacant post until the general elections due in November, or the membership can agree to allow the remaining executive members to continue to run the Association until the election date.

Joseph and St Louis-Lawrence were among the three executive members not employed by the Government of Grenada.

In recent years the association has faced condemnation from some of its members as well as the public for what is seen as its weak stance on Press Freedom and its lukewarm response to two major incidents of assault against a journalist while in the line of duty.

With fifty percent of the management body employed by the Government of Grenada there is concern that the executive is reluctant to respond strongly to attacks on Press Freedom coming from the Keith Mitchell-led Administration.

The Association failed to get any traction when Press Secretary Philomena Robertson accused the media of being disrespectful to government officials and warned that reporters asking questions deemed inappropriate by government would not be tolerated.

At the time a response to this came from the 1st Vice President Delroy Louison who demanded an explanation and apology from the Press Secretary who ignored the demands.

The Association’s President was silent on that issue, drawing concerns about a conflict of interest, given her position as an employee of the Government Information Service.

Garraway has since been charged with assault and his trial in criminal court is set for March 30.

Members of the local media appear to have lost confidence in the association and its executive and there is a lack of solidarity among media workers in general.

The last general meeting, called in November 2019, was unable to raise a quorum with less than five members showing up.

Almost the entire executive, with the exception of Noel, failed to turn up for the meeting at the Grenada Boys Secondary School.