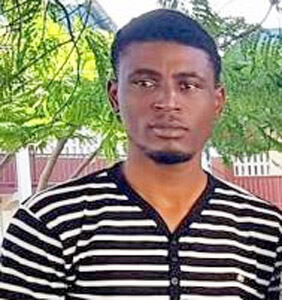 A confrontation could be in the making between the newly elected Dickon Mitchell-led National Democratic Congress (NDC) administration and the Media Workers Association of Grenada (MWAG) on directives given to limit to two the number of questions to be submitted in advance of government press conferences.

The issue was raised at the recently held General Council of the local media body that is headed by President Gerard Joseph.

THE NEW TODAY has obtained the copy of the minutes of the meeting in which the President announced that he was approached by members of the media wanting to know what is MWAG’s stand regarding the New Government announcement to no longer have post-Cabinet Briefings weekly but, on a need to know basis.

According to Joseph, he was not present at the engagement with the new Press Secretary Tahira Carter and will need the guidance from the more senior members of the media body to address the situation.

In the ensuing discussion, long-standing journalist Michael Bascombe stated that MWAG should seek clarity from Government on the matter, and suggested that the association should get some form of assurance from government to have ministers readily available so that media practitioners will have access to information.

Reporter Nisha Paul, who attended the meeting with the new Press Secretary indicated that the government chief press officer promised to make her email address and contact information available to members of the media so that they can ask their questions.

Paul also informed the General Council meeting that Press Secretary Carter requested that members of the media should submit their two (2) questions before the press briefing.

Former MWAG President Rawle Titus suggested that the association needs to put together its “collective interest agenda and pen a letter to the Minister for Information requesting a meeting to discuss the matter at hand”.

Another veteran journalist Lincoln Depradine indicated that such move by the Dickon Mitchell-led Government is troubling to the Media and felt that MWAG “needs to be more advocacy driven and should have more access to information from the Government.”

Calistra Farrier stated that the Government is not only the Government Ministers in Cabinet but also the Permanent Secretaries, Managers, Chief Technical officers and those are the people she said media officers must have access to.

She stressed that MWAG must inform the Government that it will not tolerate a situation in which Permanent Secretaries and ministers “are denying our rights to information.”

Although there has been no official reaction from government on the issue raised by MWAG, a source who is close to the administration offer the following comments: “I am not clear that the questions submitted are the only ones that can be raised by the journalists at the press briefing, in fact that should be clarified because the idea to send questions in advance should be seen as an opportunity to ensure that the answers are provided. It is very important for clarification before conclusions/judgement on the matter is made.”

The new Congress government of Prime Minister Dickon Mitchell is yet to officially circulate for public scrutiny its policy on relationship with the media.

Former Congress Prime Minister Tillman Thomas had given a commitment during his tenure in office during the 2008-13 period to take to Parliament legislation covering a Freedom of Information act that exist in such islands like Jamaica.

Thomas had also struck out from the law books the archaic criminal libel legislation which was used by former Prime Minister Dr. Keith Mitchell against one local journalist, George Worme in collusion with his Jamaican Special Prosecutor, Hugh Wildman.

The matter was eventually discontinued by the current Director of Public Prosecutions (DPP), Christopher Nelson.