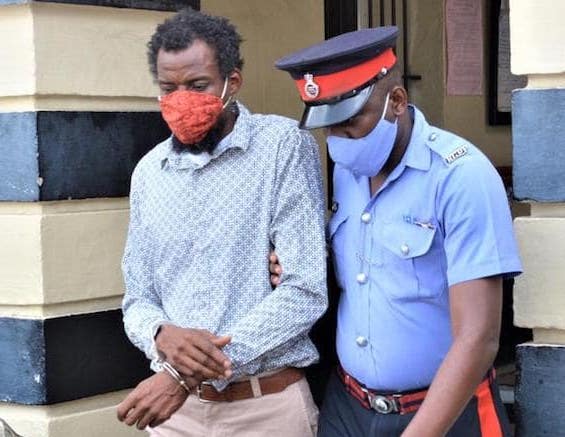 Mitch Phillip – had his first day in court on Friday

A 49-year old St. Mark resident, Mitch Phillip, appeared before a Magistrate’s court in St. John this morning to answer a charge of Non-Capital murder arising from an incident which took place on May 30.

Phillip was charged Wednesday night by the Criminal Investigation Department (CID) of the Royal Grenada Police Force (RGPF) with intentionally causing the death of Shenelle Alexis “by unlawful harm”.

The 22-year old mother of two was the common law wife of the accused who was described in a police report as a Joiner by profession who lived at Queen Street, Victoria, St. Mark.

Phillip was represented by defence attorney Derick Sylvester before the sitting Magistrate, Francine Foster, who remanded him to the Richmond Hill prison until July 16.

Senior Crown Counsel in the Office of the Director of Public Prosecutions (DPP), Howard Pinnock was seen in court representing the State in the matter.

In the brief hearing, attorney Sylvester applied for disclosure in the case and was presented with a copy of the seven page report done by top Trinidad & Tobago forensic scientist, Professor Hubert Daisley with his findings on the alleged murder.

The key evidence used by the police to charge Phillip was Professor Daisley’s report which concluded that Shenelle did not die from natural causes but in suspicious circumstances.

A first autopsy done by Pathologists at the St. George’s General Hospital did not reach a conclusive determination on the cause of the death of the young lady.

The State turned to the respected Professor Daisley whose findings indicated that Shenelle died from excessive bleeding due to a botched medical operation.

Professor Daisley reported that some form of rigid instrument was pushed up into the vagina before she died.

The noted forensic expert also found evidence of force being used to subdue the deceased before her death based on impressions seen on her legs and thighs.

The investigation into the murder is continuing as police believe that more than one person was likely involved in the botched medical operation that resulted in the death of the young lady who is originally from Mardi Gras, St. Paul’s.

CID officers had always considered Phillip a person of interest in the death of his deceased lover.

Days before he was picked up by police and charged for non-capital murder, the accused had secured the services of Attorney Sylvester to file papers before the St. George’s No.1 Magistrate’s Court to fight Shenelle’s mother, Peggy Alexis, for custody of their two children.

Phillip will not be returning to the Gouyave Magistrate’s Court on July 16 for the next hearing since the matter is being transferred to the Victoria Magistrate’s Court for the conduct of the Preliminary Inquiry into the murder charge.