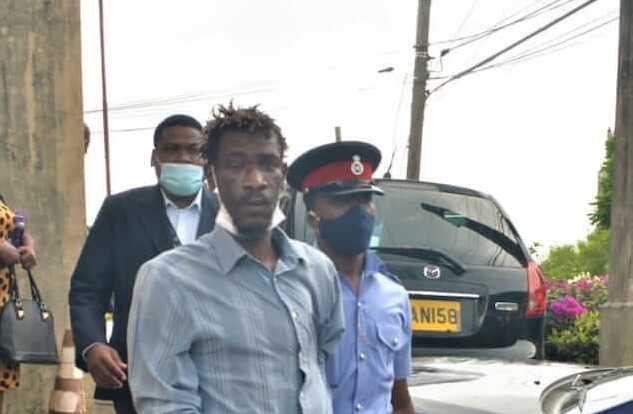 Ron Simeon – appeared in court today on a charge of murder

The accused was led by police officers into the small court room that is presided over by Magistrate Kinna Marrast-Victor.

Simeon was arrested by members of the Criminal Investigation Department (CID) of the Royal Grenada Police Force (RGPF) in connection with the death of Vaughn Francis, 48 years, Landscaper of the said village.

Francis’ body was discovered during the morning of October 18 (Sunday) lying unresponsive at their home.

The body was reportedly discovered by a family member on her return home from church service.

Preliminary investigations revealed that the 35 year old was reportedly involved in an altercation with a sibling, which allegedly involved a violent act that resulted in the death of Francis.

The district medical officer pronounced Francis dead at his residence.