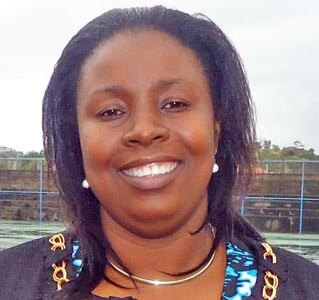 Member of Parliament for the rural St Andrew North-west constituency, Delma Thomas has reacted strongly to opposition from her political leader, Dr. Keith Mitchell to her recent engagements with the candidate of the ruling National Democratic Congress (NDC) Gloria Thomas whom she defeated in the June 23, 2022 general election.

Appearing on the Ridealong programme Tuesday evening, Thomas, the former Minister of Social Development said she did nothing wrong as Dr. Mitchell had often encouraged the working together of government and its opponents when he was running the affairs of the country.

One day earlier, the former Grenadian leader said that his MP did not seek the party’s permission or even discussed the issue with him and the party in collaboration with Gloria Thomas, the current Minister of State with responsibility for Community Development.

The MP is known to have visited the Princess Alice hospital at Mirabeau in the constituency in the company of Thomas, as well as co-operated with her in the Christmas giving programme to vulnerable persons in the community.

According to MP Thomas, she was of the firm belief that her party stood for her working on behalf of the people and “to bring service to the people across Grenada.”

“I thought that my party would have been happy that I had joined hands with the government to provide service. We have championed the cause of the poor and vulnerable over years – I have been in the government for over nine years,” she said.

The female Member of Parliament pointed out that the NDC candidate who ran against her did not approach her privately for them to work together but it was done in the open in the presence of her colleague, former Tourism & Civil Aviation Minister Dr. Clarice Modeste-Curwen, the Member of Parliament for St Mark.

She said that she and other government and opposition MPs’ were sitting on the same table during a lunch session of a sitting of the Lower House of Parliament when the discussion was held in the open.

“It was no secret and I did not see it as a means of having to go to the party and seeking permission,” she added.

According to MP Charles, this was not like making a decision to join Congress or cross the floor to join the Government Side in Parliament.

She said if the NDC had invited her to make a presentation or join them and she agreed to do so then she would have contacted her party including the Executive and Political Leader on the issue.

The ex-government minister saw no problem in joining hands with the government to assist those “who voted me into government – the vulnerable people that we spoke about for years…. (and) … let us work together to serve their issues.”

“I thought that it was not going to be a problem and therefore, I did not see it necessary to seek any consultation, any permission, however, I did raise it with a few senior members of the party who had no issues (with it) – in fact they were applauding the decision (about) what we were doing,” she said.

In addition, she said that a few members of the NNP would have also met “Sister Gloria and applauded and said how happy they were to see what we were doing.”

When specifically asked why she did not speak directly to the Political Leader on the development with the NDC Candidate, MP Delma Thomas said: “As I said to you I did not see it as an issue because … over the years the then Prime Minister, which is now our Opposition Leader always championed the cause for helping and working – he even spoke about working together.”

According to MP Delma Thomas, she also used to defend former PM Mitchell in the past against “propaganda” being spread that he was not really for unity of politicians in the country on the grounds that she did not see him as one who had “any problem with me working with Sister Gloria to bring benefits to the people of the Constituency of St Andrew North-west.”

“So I did not think it necessary to go to him to say well I am working along with her to bring benefits, ” she said, adding that persons are elected to Parliament to bring service to the people.

“This is what we were elected for,” she quipped.

Asked if she was surprised at the apparent turn around in the position of Dr. Mitchell on unity among government and the opposition, MP Delma Thomas said: “I must be surprised and shocked and as I told you the former Prime Minister (Keith Mitchell) spoke for years about working together – he spoke for years on protecting the vulnerable and working for the interest of the people. I honestly believe that working along with Sister Gloria is working for them.”