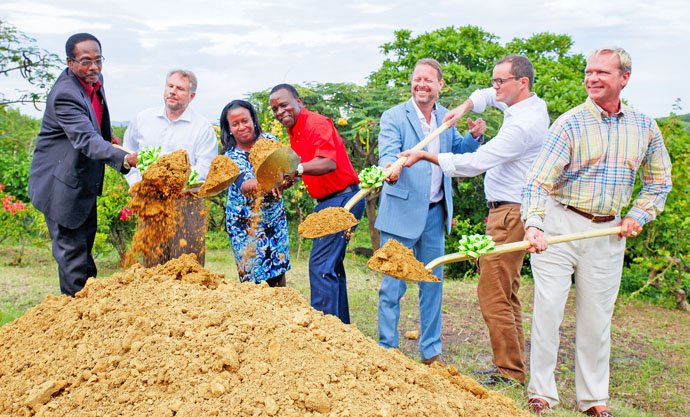 The controversial Levera project in St. Patrick involving brothers Robert and Randall Oveson is back before a court in Grenada.

THE NEW TODAY has obtained the copy of court papers filed by local attorney-at-law, Ruggles Ferguson of Ciboney Chambers to get a high court judge to issue an order to wind up the affairs of the Grenada Citizenship Development Limited (GCDL) which was operating on the island under the cover of Grenada’s passport-selling scheme known as Citizenship By Investment (CBI).

It’s the first known move in a Grenada court to wind up a company under the flag ship programme run by the Keith Mitchell-led New National Party (NNP) government.

Attorney Ferguson is acting on instructions from the man known as Bitcoin Jesus” whose real name is Roger Ver who was embroiled in a legal tussle with Robert Oveson on US$1 million that he had advanced to them to get a Grenadian passport as part of the CBI-approved Levera project.

Ver did not get the passport and was forced to take court action along with a criminal complaint that he made to the Royal Grenada Police Force (RGPF) against Robert Oveson for the return of his funds.

However, the warring parties reached a settlement in court in which Oveson agreed to return the US$1 million plus some other fees.

The court documents that were filed by Ciboney Chambers indicate that Ver was never paid the rest of the money and is now moving to get the court to wind up the company.

Construction work at Levera has grounded to a halt when the owners of the lands, Paul Taylor and Lyden Ramdhanny ordered the Oveson brothers to remove themselves from the property which has since been sold to a Chinese billionaire.

The Ovesons have instituted their own court proceedings against the owners which is currently before the Grenada high court.

As a public service, THE NEW TODAY reproduces in full the claim that was filed in the Supreme Court Registry by Ciboney Chambers in the matter between Ver and GCDL: 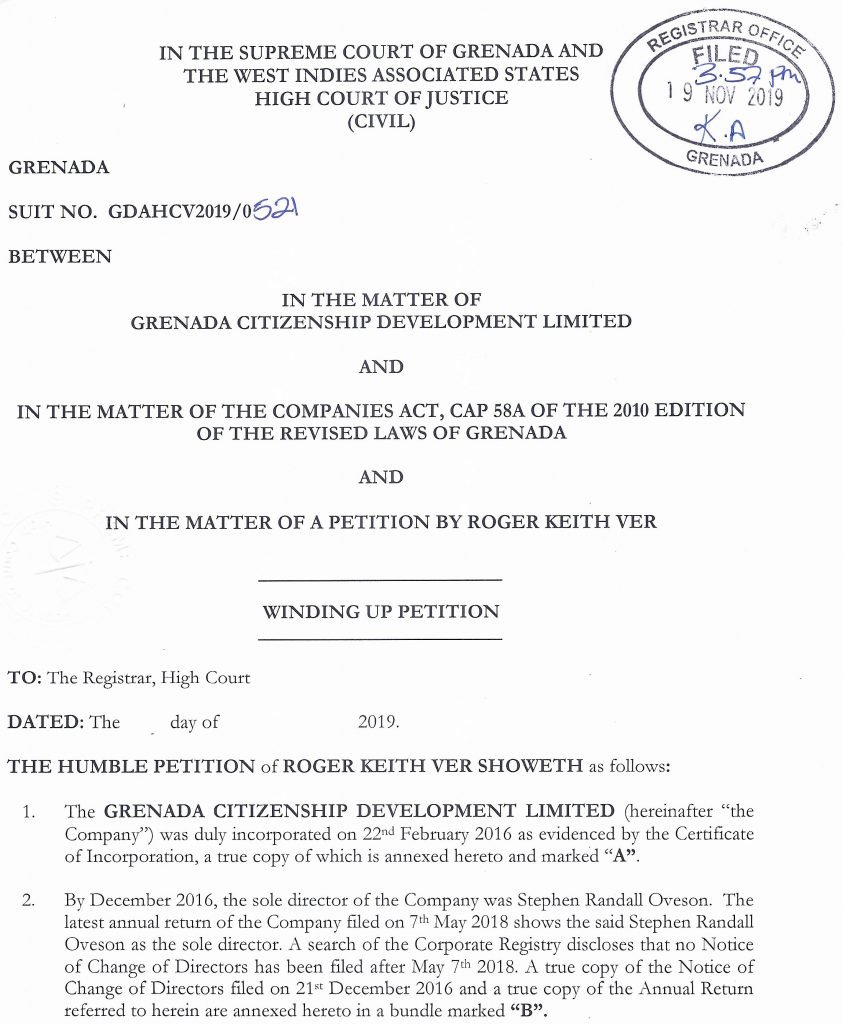 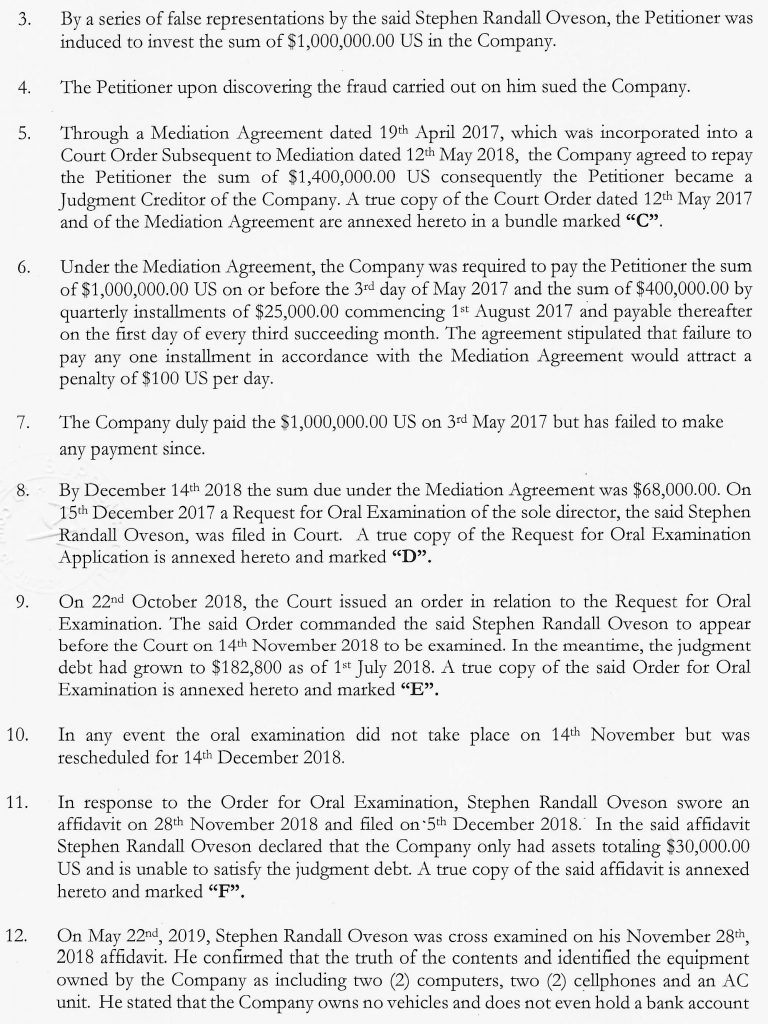 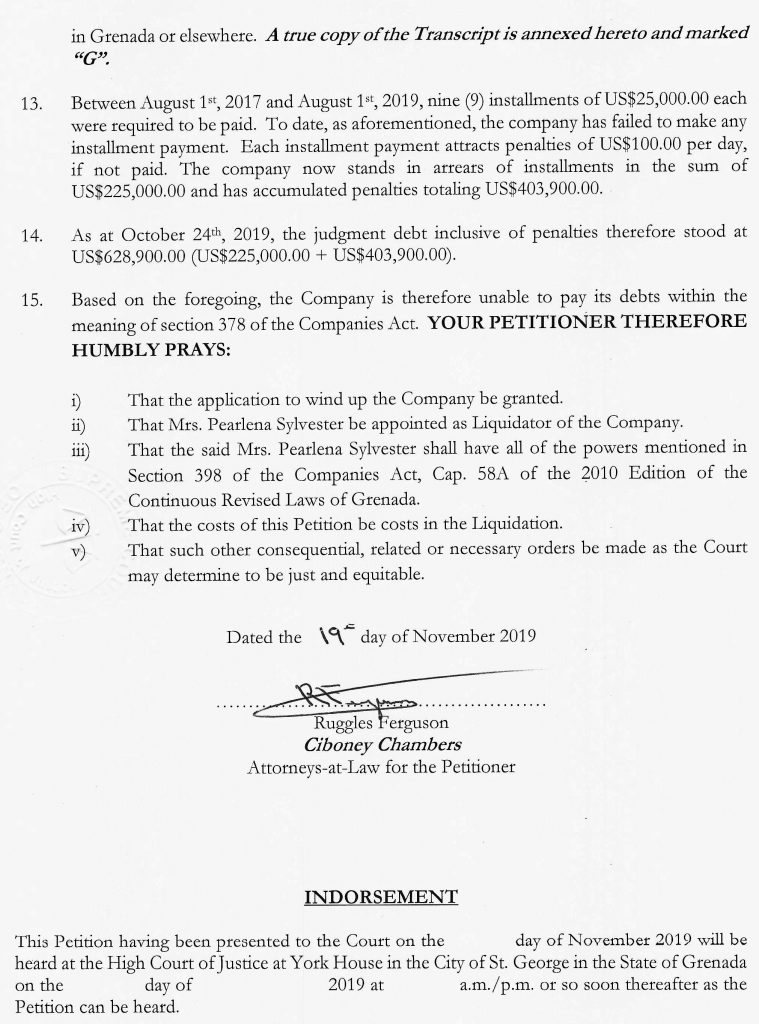