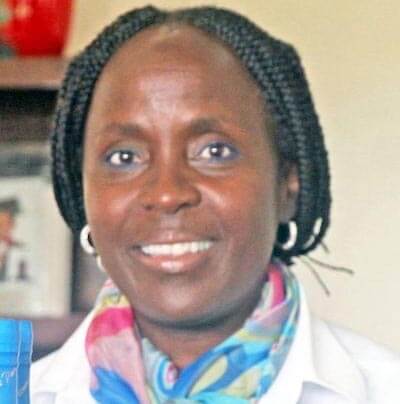 For the third consecutive year Mount Pure has retained its position as one of the best sparkling water in the world.

Mount Pure Sparkling Water was third in its category at the Berkeley Springs International Water Competition in the United States.

Company CEO Rolanda Mc Queen said she is pleased that once again a Grenada product has made it to the top of the table, competing with the best in the world, adding that “It shows consistency in the quality of our water.”

This latest medal is the second bronze won by Mount Pure Sparkling Water among its three which includes silver at last year’s competition.

Mc Queen said they were aiming to improve their performance over last year but she believes that the difficulties faced with transporting their water to the competition in Berkeley Springs, West Virginia may have hurt their chances.

“We were hoping to bring home the gold. We need to find a better way to get this water to the competition.”

Mc Queen said they have been trying over the years to get Grenada’s Foreign Affairs ministry to help through the Consulates in getting the Mount Pure samples to the competition but they have been refused.

“The embassy should be helping us. People flying all from Australia with their water on their lap and our water sitting on hot tarmacs all over the place.

“That water should go to our embassy and taken with pride to the competition venue.”

McQueen said past wins have never been acknowledged officially by the government although it is a very prestigious achievement in the water industry.

“We have to learn to brand our country, calypsonians winning all kinds of things abroad, we have nutmeg, water, music and honey – let us brand Grenada with all of the things that have gained the position as the best in the world.

“I want to see what they will do about it, if they will ignore it again or make a fuss about it.

“If Maurice Bishop was alive and for the third consecutive year we come third can you imagine what his reaction would have been?”

Mount Pure has been steadily gaining market share in Grenada over the last three years and export is also on the rise.

Mc Queen said they have also been attracting potential investors as far as Dubai.

Commenting on the quality of the 2021 competition, perennial water master, Arthur von Wiesenberger said, “The consistency in winners from year to year with different panels of judges validates the choices.

“It also speaks to the impressively high calibre of the waters entered.”

“Berkeley Springs is truly the Olympics of water.” remarked von Wiesenberger, who holds the title of the foremost bottled water expert on Earth.

The nine media judges, selected by Klein Rone included representatives from various US regional and national media including television, newspapers and online magazines.

They were instructed by von Wiesenberger to look, sniff and taste each water under guidelines similar to those in a wine tasting.

All judges are presented with a diploma designating them as a Certified Water Taster.