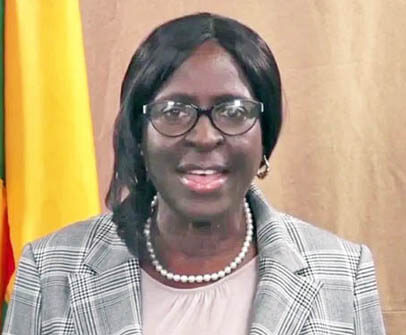 That’s the lament of Tourism and Civil Aviation Minister, Dr. Clarice Modeste-Curwen when addressing Parliament last week Friday as part of her contribution to the presentation of the 2021 national budget.

The St. Mark Member for Parliament was responding to the views expressed by key political figures that now is not the time for government to be placing so much emphasis on the tourism sector due to the battering to the industry by the coronavirus pandemic.

The tourism sector in Grenada has reportedly suffered a 50% decline since the onset of COVID-19 in March.

Finance Minister Gregory Bowen, who presented the EC$1.2 Billion 2021 budget, during a joint sitting of Parliament last week Wednesday, announced a “slow recovery” for the sector but expressed satisfaction with the number of tourism-based projects nearing completion on the island.

According to Minister Bowen there is currently a strong level of investor confidence in tourism despite the devastating effects of the pandemic on the industry.

In an interview with THE NEW TODAY following the budget presentation, Interim Political Leader of the main opposition National Democratic Congress (NDC), Adrian Thomas, expressed disappointment that given the negative impact of COVID-19 on the tourism sector, “the government is still bent on seeking more hotels and (on) building that particular industry.”

The 2021 budget allocates EC$19.3M (1.6% of total expenditure), to support the Ministries of Tourism, Civil Aviation, Climate Resilience and the Environment.

Thomas chided the Keith Mitchell-led government in St. George’s of “not paying enough attention to the productive sectors, such as agriculture” which received a smaller budget of -EC$18.6M (1.5% of total expenditure).

Former executive member of the ruling New National Party (NNP), Terrence Forrester who is now a member of Congress shared this sentiment and also took issue with the fact that “government is boasting of how many (the number of tourism projects (in the pipeline) at this time,” and suggested that “this is not the direction in which we ought to be going.”

However, the Tourism Minister dismissed what she referred to as the political rhetoric, contending that although a slow recovery is expected that “an increase in room stock would be an important leverage for us… when negotiating with airlines”.

According to Modeste-Curwen, an increase in room stock is definitely an “important bargaining tool” for the island.

She pointed out that “we have been disadvantaged because a number of our neighbouring friends (islands) have significantly larger room stock than the room stock we have (and) they get daily flights or maybe 5-days a week flights from UK (the United Kingdom), while we get two flights and while we have to share with them.”

“When I hear people say one (1) hotel of 500 rooms is not sustainable, that we don’t need that; then, if we want to bring people to this country and if we want to contribute to the industry, what do we do? Where do we accommodate them – in a hammock?”

“Our (room stock) numbers are growing but others (room stock in competing countries) will continue to grow. If we do the research, we would see that Grenada needs that competitive edge…if we stay behind and we do not get the room stock, what would happen to us?

“Ask the 10, 000 people who have been hurting from March 2020 to now, who have not had a job and who know that while government has given them three months support in 40% of their salary that this cannot continue and we have to find ways to work with them.

“So, we have to be careful – we are guided by the Ministry of Health but we have to keep this industry continuing because it will save lives and livelihoods…especially keeps people’s mental stability going.

The Tourism Minister held out high hopes for the industry due to increased room stock coupled with the planned expansion of the Maurice Bishop International Airport (MBIA) with funds from a government-owned bank in China.