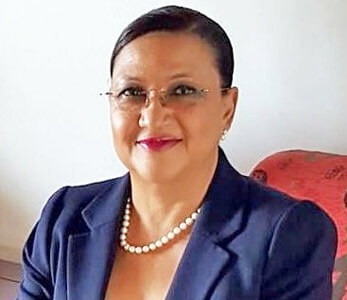 Anande Trotman-Joseph is the current head of the Integrity Commission

The Integrity Commission has dropped strong hints that there was need to further investigate the state-owned Marketing & National Importing Board (MNIB) over alleged acts of corruption.

The body, headed by female attorney-at-law Anande Trotman-Joseph has released an 84-page document about its investigation into the operations of MNIB following reports carried by THE NEW TODAY newspaper about financial wrong-doing at the state body.

The probe focused on the stewardship of the then Manager and Chief Executive Officer Ruel Edwards who did not make any appearances before the investigators to be questioned on several critical matters.

Under the heading, “The Prevention of Corruption Act No. 15 of 2007”, the report said that the inquiry/investigation, although restricted in its ability to examine most of MNIB’s records, “found many questionable transactions, which have been forwarded to the relevant authorities for further investigation and determination.”

The report went on to detail some of the questionable dealings of MNIB with respect to a company that was linked to former Grenada Ambassador Dr. Patrick Antoine and the rental of a vehicle from a religious organisation in which a senior staff member was a follower.

As a public service, THE NEW TODAY brings highlights from the MNIB findings:-

In September 2018, Mrs. Ophelia Wells-Cornwall, then Permanent Secretary of the Ministry of Finance, responsible for oversight of the MNIB, requested the financials of the MNIB, which included, current bank balances, bank reconciliation statements, detailed information on overseas travel, mobile telephone expenses, asset registry, invoices from and payments to suppliers of specified imports.

In an interview with the Commission, Mrs. Wells-Cornwall said a review of the MNIB documents revealed a number of gaps in their financial management system, which she brought to the attention of the Board’s Chairman at the time, Senator Chris De Allie.

Some of the concerns though were penned in a letter to the Commission, requesting that an investigation is launched. These included losses of approximately EC$0.5m each for the years 2017 and 2018.

Mrs. Wells-Cornwall also indicated in her letter to the Commission, that there were discrepancies in the day and cash balances in the MNIB’s records.

The following are some examples where the Board failed in some of its responsibilities under the Act:

Transportation Contracts
The Board of Directors may have breached its duty of care by allowing a Senior member of MNIBs Management team who also was senior member of the Faith Deliverance Tabernacle Church, to intermittently rent a vehicle from said church, at a cost in excess of ninety thousand Dollars (EC$90,000.00) for a period of almost two years (2016-2018).[1]

The inquiry/investigation found that the MNIB expended exorbitantly on vehicle rental from a Church – Faith Deliverance Tabernacle in Mont Toute, St. George’s. The MNIB also paid for repairs and maintenance on the rented vehicle.[2]

It is not a normal practice that someone renting a vehicle pays for repairs of the said vehicle. There are no records to substantiate the reasons for such sustained rentals, the type of vehicle rented or the purposes for which the vehicle was rented.

Additionally, the invoices submitted by the Church did not reference any rental agreements, nor did it list the specific days when the vehicle was rented. Board Minutes reviewed by investigators did not reveal discussion or decisions for vehicle rentals of any kind. [3]

CSME Commodity Traders Limited Payments
In the Minutes of a meeting of the MNIB Board of Directors, held on May 19, 2016, the Board agreed to pay CSME Commodity Traders Limited Fifty thousand United States dollars (US50, 000.00) per month, however, according to the said Minutes, there was no clear directive given to Senior Management as to when this payment should have commenced.

The Board failed to provide specific timelines regarding payments to CSME in the amount of Fifty thousand United States dollars US$50,000.00.

The inquiry/investigations found that in reviewing the Board Minutes for the following months in 2016, that there was no mention of matters concerning CSME Commodity Traders Limited. Further there was no consistent record in the Board Minutes regarding updates from senior management on the outstanding debt to the said company.

However, in the Board Minutes of January 26, 2017 “The CEO confirmed to the meeting that the amount owed to CSME was US$285,000.00 on the invoice value. He noted that a payment will be made during the first week of February”.

The inquiry/investigation found that such pertinent financial details related to the debt to CSME Commodities Traders Ltd were not recorded in the MNIB’s 2017 Board of Directors Minutes.

During interviews with individuals who served on the Board of Directors, or had oversight of the MNIB during the period of the inquiry/ investigation, it was deduced that the members did not have sufficient information to determine with reasonable accuracy, the financial position of the Board at any given time. This, despite them saying, that they received, in their packages with the Minutes, the entity’s financial statements.

Former Chairman Samuel Andrew reported that he became aware of the true state of the MNIB’s finances, after Manager/CEO demitted office. Minister for Trade, Industry, Cooperatives and CARICOM, Mr. Oliver Joseph, told the Commission that he was not aware of the poor state of the entity’s finances and that it was brought to his attention after a creditor garnished the MNIB’s accounts for the outstanding amount.