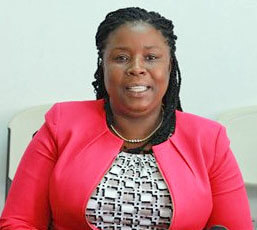 Housing and Social Development Minister Delma Thomas has said that corruption allegations levelled at her ministry’s welfare programmes is due to the actions of some public officers and people who defraud the system by making false reports of being in need.

Speaking at the post-Cabinet press conference on Tuesday, the female Member of Parliament for St. Andrew North-west said she has had to deal with several cases where people have made claims of being abused in order to get State funded housing and other benefits under the welfare system.

Minister Thomas told reporters that public officers who fail to do their jobs by the book create problems that result in members of the public making accusations of political corruption and favouritism.

The senior government minister said that because she and her officers have been tricked in the past, her Ministry will now ensure that all investigations are done before any action or intervention by the Ministry of Social Development, including housing placement or other services.

“As I said to my PS (Permanent Secretary) and my departments, people must go through all the phases. If there is abuse then let the police be your first point of contact,” she remarked.

Minister Thomas spoke on the issue while announcing the schedule for settlement of three State housing sites at Diamond in St Mark, Dumfries in Carriacou and the Villa, St Andrew.

The housing projects, which have been gifted to the people of Grenada by the Chinese government, are scheduled to be settled by December.

The Ministry of Housing and Social Development is currently receiving and reviewing applications for the apartment residences.

The categories for approval are low income, disability, victims of domestic abuse and public officers, namely police officers and nurses.

THE NEW TODAY understands that a total of Three hundred and fifty-four applicants will be approved for housing.

The social programmes undertaken by the ruling New National Party (NNP) government of Prime Minister Dr. Keith Mitchell have been plagued with accusations of political favouritism and several callers to radio talk shows in the country regularly raise this issue.

The NNP regime has also been accused of using the State-funded house repair programme, which is supposed to assist the poor and vulnerable, to secure political support.

Minister Thomas told reporters at the press briefing that she is unable to provide an outright denial of accusations that State-funded programmes give favour to those who support the party in power.

“I have seen statements as it relates to the house repair programme where people say, well the only people who are getting assistance are those who voted NNP.

“The truth is that I would not deny that maybe in some areas the possibility exist that maybe supporters are getting and others may be getting less, because I am not able to look at all the applications from across the tri-island State to say this one.

“Those assistance by the Ministry should never, never be for who voted for the NNP. It should be for families who are in need of assistance.

“And there we should be our brother’s keeper and that’s why I say the public should also be involved, in terms of identifying – sometime not going to the media alone but calling the Permanent Secretary – she is not a political appointee.”

However, Minister Thomas stressed that the problem is that people often defraud the system.

She said: “We appreciate that in the past we have given material, it stayed under families’ house, some people sold it – these are the facts. There are dishonest people outside there in all programmes and it doesn’t matter which government is in office.

“There are people who know how to trick the system, there are dishonest people outside there and sometimes we have to call them out whether they support the NNP or otherwise, if you are dishonest you are dishonest. Because at the end of the day the politician is the one that we call corrupt.”

According to the female government minister, the Ministry of Social Development has never involved the police when people are suspected of acting fraudulently in order to receive State benefits.

The minister pointed out that public officers need to protect the system.