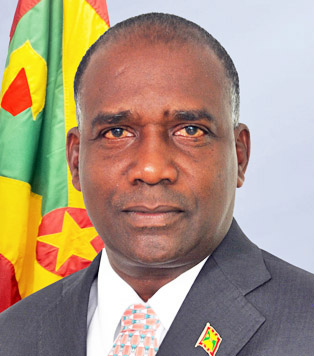 According to Trade and Co-operatives Minister, Oliver Joseph, no final decision has been taken by the ruling New National Party (NNP) government on what form the business model for bringing the two associations together will take in the final analysis.

“…Everything is out there for discussion and so I don’t think the public need to see this present discussion as a fait accompli – in other words that the government (have) already decided what they want to do – it’s not like that,’ he said.

In a surprise statement on the “Beyond The Headlines” programme hosted by the Grenada Broadcasting Network (GBN), the senior government minister stated that the draft bill that is currently being discussed by a Merger Committee involving three government representatives and the heads of GCA and GCNA should not be taken seriously at this stage as it “is not even a draft”.

“When we have the final document then we can come back and discuss after we get all the inputs,” he said.

According to Minister Joseph, the process is ongoing and that the recommendation to merge the two commodity boards has been around for a long time now and has nothing to do with COVID-19.

“We have always maintained the position that one association will provide greater returns to farmers through lower operating cost, increased farm output and value added products, better marketing, more efficient and profitable asset management and higher levels of private sector investment,” he said.

“We are saying that there is efficiency gains by having one association running the affairs of the farmers,” he added.

Minister Joseph pointed out that numerous studies done over the years have always pointed in the direction of a merger between the nutmeg and cocoa association and that government has “no intention of taking over or dictating to the boards”.

Minister Joseph acknowledged that the benefits of the merger need to be expanded on more by government so that all the stakeholders in the industry can get a better appreciation for the merger.

Agriculture Minister Yolande Bain-Horsford is currently engaged in a series of Meetings Island wide to meet with the nation’s farmers to engage them on the merger and liberalization of the industry.

According to Minister Joseph, no firm decision has been taken but a lot of different business models for merger can be put on the table for discussion.

“…We will listen to the GCNA and GCA because (they) have assets separate, liabilities that are separate, separate staff, separate administrative costs. So the model must address how you bring the assets and liabilities of the two associations into one. So it’s a lot of discussions that need to take place,” he said.

Minister Joseph alluded to a number of recommendations for possible merger that have been included in past reports done by experts on the type of model needed to bring the two associations together into one body.

He said the Mitchell-led government would like to get the feedback from the farmers on how to proceed with the proposed merger before taking any final decision and that farmers will get an opportunity through consultation to have an input in the final document.

He reiterated under the planned merger, the farmers stand to get tremendous benefits from the industry.

He said: “There are so many benefits to be derived if they operate as one – what will happen is that all the benefits will then go to the farmers. So the farmers will be the ones benefitting – not government. When you merge and you have efficiency all the gains will go to the farmers of Grenada.

A copy of the draft bill obtained by THE NEW TODAY shows that the Minister of Agriculture will be given sweeping powers to appoint the Directors to serve on the new company and to grant licenses for the export of nutmeg and cocoa.

Minister Joseph sought to give assurances that the ‘so-called draft’ which was leaked to this newspaper is not cast in stone and will only be decided upon to become the final act after consultation between government and the farming community.

“There is no final decision on this yet,” he remarked.

Minister Joseph also sought to clear the air on an $EC5 million loan and grant to be given by government to both GCNA and GCA to help them with their operations.

He said the Ministry of Finance has already processed the grant and that the parties involved will have to meet and agree on the terms of the disbursement of the funds for the loan and then sign-off on it.

“No sign-off has taken place yet with regards to the loan. The terms and conditions are being discussed and worked on and as soon as this is settled the loan for that will be made available to the two associations,” he added.

Minister Joseph was specifically asked about the 1947 law which gave both GCNA and GCA a monopoly on the exports of cocoa and nutmegs and the need for liberalisation of the industry.

“The laws of the 1947 act will be reviewed. One of the recommendations in the same report that I am quoting from … talks about law reform and the way it should be done in order to make the board relevant and forward looking. The legal environment will be taken into consideration and changes will be made to the current legislation,” he said.

Farmers in Grenada are seemingly prepared to discuss the merger issue but are not inclined to see a liberalisation of the industry.

U.S trained lawyer, Olinga Mitchell who is the son of Prime Minister Mitchell, is known to have an interest in the liberalisation of the industry and had formed a company known as Chimera Holdings to purchase and sell Grenadian nutmegs and spices in Europe.

The company is believed to have gone into liquidation around February with an outstanding sum of EC$144, 000.00 still owed to GCNA.