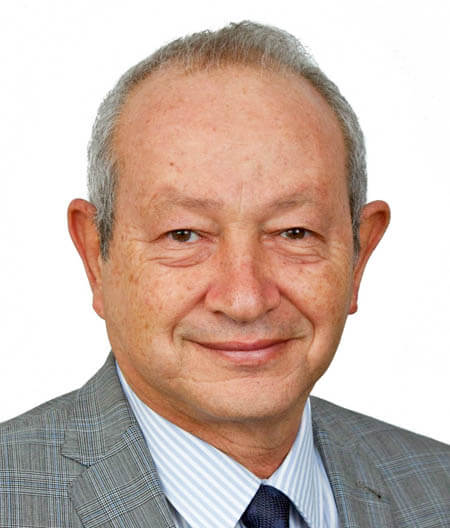 Despite a massive downturn in world travel, Egyptian billionaire investor, Naguib Sawiris is making another major effort to buy out Grenadians with properties adjourning his luxury Silversands hotel on a section of the Grand Anse beach in the south of the island.

THE NEW TODAY understands that several prominent Grenadians including the wife of a senior government minister are trying to entice locals with land interest on the world famous beach to sell their investment to Sawiris who opened the US$125M hotel just over a year ago.

According to a well-placed source, within the past two weeks, two separate groups of locals have approached the business operators and landowners in close proximity to Silversands with offers to sell their beachfront lands to the owner of Silversands.

The source who is familiar with the ongoing discussions said that the Egyptian is seemingly targeting the entire stretch of lands from his hotel to the Roman Catholic Church about two to three miles away and that several local surrogates are known to be working on his behalf.

One business operator is quoted as saying that an operative of Sawiris approached him in recent days and asked him openly how much he is willing to accept to sell his business venture on the beach.

He said the surrogate indicated that they are also looking to purchase the recently upscale restaurant built on the beachfront by Health Minister Nicholas Steele.

The source pointed out that some of the business operators along the Grand Anse beachfront are cautious since a few of them were duped by a local Real Estate agent.

He said that one of the beach operators received a value of EC$2 million for his land by the Real Estate person who later called back with a new price that was much lower than what she had originally quoted him.

“…He (business operator) is smart, he told her thank you and he never talked to her again.

The source told THE NEW TODAY that some property owners on the beach were also tricked into selling their land some months ago at $27.00 a sq. ft. while a similar parcel of land along the southern section of the island was selling at EC$81.00 a sq. ft.

He also mentioned the case of a female individual who was offered $EC600, 000.00 for her property along the beach but she declined and told the Sawaris surrogate that she is not accepting anything less than EC$2 million for her property.

According to the source, the wife of a government minister who approached a landowner in the area in the past two weeks to sell is now “calling up the family (members) who are part of the family ownership (of lands on Grand Anse beach) to try to work out deals and to try to bring them together.”

He identified the minister’s wife as one who is playing a leading role in doing the research into family members with property on the Grand Anse Beach and “to reach out to them.”

He told THE NEW TODAY that there is a major stumbling block to sell some of the lands on the beach due to what he referred to as “complicated land ownership” with more than one family claiming interest in the land and taking the position that one family cannot sell without their input and involvement.

He said that presently “a lot of games are being played on the beach” by persons who are trying to buy out the landowners on behalf of the Egyptian businessman with “big bucks” on offer.

Speculation is rife that these local surrogates seem to have “a master plan” of their own by trying to purchase the land for themselves and then sell at an exorbitant price to Sawaris in an effort to rake in millions in profit for themselves in the deal.

Related:  Silversands holds off for time being on mandatory vaccination

There is also fear among residents in Grand Anse that if these beachfront land falls into the hands of the Silversands owner that he will eventually fence the area and prevent people from gaining access to some sections of the beach as was customary over the years.

When contacted on the issue, the senior government minister was hostile to questions asked by THE NEW TODAY about possible approaches made by the Egyptian businessman to buy out his own investment along the beach.

The minister seemed to forget that he is a public figure and one who is required by law to make a declaration of his personal assets.

According to the minister, the Egyptian billionaire has always been making approaches to persons with properties adjacent to Silversands to sell to him.

In addition, he said that Sawaris has already bought out the properties owned by the former Miss World Jennifer Hosten along the beach as well as Mt. Cinnamon hotel, the Beach House restaurant, Rivierra and Port Louis.

“It is no secret that the individual is buying properties….,” he remarked.

According to the government minister, he is aware that some people have made approaches on their own to sell their properties along the Grand Anse beach to Sawaris and that the Egyptian “has gone to some people” to buy their properties.

“The gentleman loves Grenada and is buying properties. Anybody that wants to sell, once they are selling at the price that they want and it is a price he is willing to pay, I think deals do happen and other people either don’t want the price that he’s offering and they don’t sell.

The minister did not take too kind when asked by THE NEW TODAY whether his wife was working on behalf of Sawaris in approaching and making offers to people in possession of lands adjacent to Silversands.

He warned against pointing anything sinister about “my family” and trying to imply any “wrongdoing” as she is doing “an honest” day’s work for her pay on a daily basis.

When told that THE NEW TODAY was not implying anything of the sort, the minister said: “My wife makes an honest living – let me see you try and make a story out of that. She is able to have clients because she’s making an honest living. Don’t go there. You are only asking questions because you are trying to imply something”.

Another major player in the well-to-do Lance Aux Epines area who is apparently working as a surrogate for the Egyptian businessman is known to have approached a business operator on the beach but informed him that he is not working in association with the minister’s wife to buy him out but that he “is doing it as an individual for Mr. Sawaris”.

He assured the property owner that a prominent city lawyer will soon be in contact with him to make a formal offer.

The source said that the businessman has sensed from the different approaches made to him in the last two weeks and from the conversation held with the wife of the minister and the other individual that they “want them out of there” as part of a plan to sell all the lands close to Silversands along the beachfront to the Egyptian businessman.

Sawaris has publicly stated that he has plans to build two additional hotels on the island.