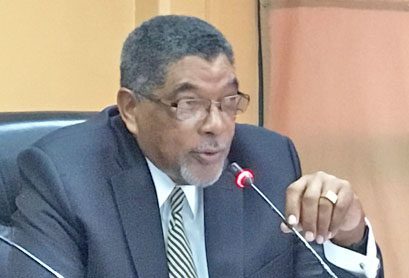 Grenada has lost millions of dollars due to the action of foreign investors who took advantage of relaxed rules and regulations in place by the government of Prime Minister Dr. Keith Mitchell to sell passports to raise funds for development projects on the island.

According to a source familiar with the operation of the passport-selling scheme known as Citizenship By Investment (CBI), some of the foreign investors used the CBI initiative to get money that became their “lifeline” and main source of income and livelihood for years.

He said that the island is now trying to make a complete turn around and to impose much stiffer rules in order to block these questionable so-called investors from raking in millions and pocketing the funds from the sale of Grenadian passports.

He praised the current Chief Executive Officer of the passport scheme, Percival Clouden and his Chairman, Senator Chris De Allie for insisting on more stringent regulations to plug the loopholes that were being taken advantage of much to the detriment of the people on the island.

The source who did not wished to be identified slammed some of the foreign investors brought in under Mitchell’s ruling New National Party (NNP) administration for engaging in “treacherous” actions that posed a threat to the future of the CBI programme.

He said that if Clouden and De Allie did not act swiftly the island would have seen a repeat of the failed Shrimp Farm project in Victoria, St. Mark in which the foreign investor was able to disappear with an estimated EC$52.4 million from the sale of passports.

He stated that the two local CBI officials are now insisting that sales generated from the sale of Grenadian passports be held in a local commercial bank unlike the case with the Shrimp farm project in which the developer was allowed by government to keep the money outside of the country.

The source pointed out that the new regulation from the local CBI office is that the foreign investor would be required to submit his project proposal including the needed finance to execute it.

He said that the local office will then look at the project and determine how many applications for passports the investor will need to raise the money for the project.

“That is how they have streamlined it now and in streamlining it they have taken into consideration the movement of money,” he said.

According to the source, before the CBI programme was taken over by Clouden and Sen. DeAllie, there was an open door policy in which some foreign investors were able to fleece Grenada of millions of dollars.

He said that these investors were allowed “to take anything they wanted before that.”

He pointed to two particular foreign investors who made millions from passport sales and are currently upset with the Mitchell-led government for cutting them off from access to CBI money in the old ways of doing business.

He described these two investors as now going “crazy” as they have lost out on millions of dollars for their personal pockets from Grenada’s CBI.

The source said that one of the investors who is doing a project in the Calivigny area was openly told that he had sold enough passports and had made enough money from the scheme to take his project to the next phase.

“They told him you sell enough (passports) too – you have to start Phase 2 … we’re not giving you no more permission to sell more applications. If you tell us that you are going to build Phase 2, we will give a quota to build Phase Two,” he remarked.

The Mitchell-led government has made several amendments to the CBI legislation over the years including one that allowed the foreign investors to keep the passport sale money outside of the country due to high bank charges.

THE NEW TODAY understands that this loophole was successfully used by the Shrimp Farm developer who Prime Minister Mitchell has announced is currently under investigation for alleged fraud.