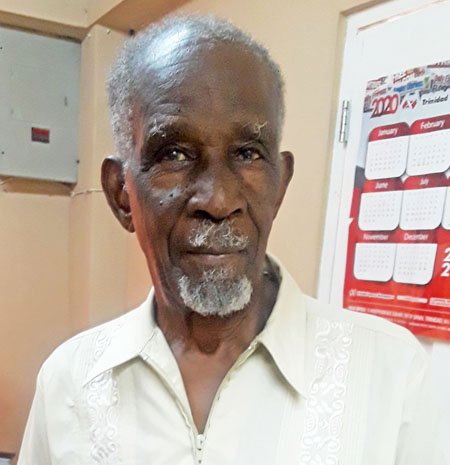 At least one individual has expressed frustration with the process to obtain the new Voters Identification Card, which commenced nation-wide approximately three weeks ago.

Senior citizen, H.A. Blaize Street resident Simeon Green walked into the office of THE NEW TODAY to voice concerns with the level of “inconvenience” posed by the process when he visited the Melville Street sub-office of the Parliamentary Electoral Office to obtain the new ID card.

Green was not satisfied that his now expired Voters Identification Card, which he uses as his main form of identification was taken away by the official who attended to him at the Melville Street Office and not photocopied and returned to him until the new card is ready.

However, when contacted on the issue last week Friday, PEO System Administrator, Michael Millet urged persons to “be more aware of what is taking place,” noting that the Voters Identification Card is (to be used) for voting purposes only.

“If the card is expired that means that it is no good (and) nowhere is going to accept a card that is expired because really and truly it is of no use,” he added.

The PEO Official acknowledged that there is not a national ID card in Grenada and that the Voters Identification Card is often used as a replacement.

However, he affirmed that the card is not for that purpose but should only be used for voting only.

“It is not a national ID card, although it is used like that – it is a Voter’s Identification Card and is for all voting purposes (and) there is no election looming or anything like that but because we are aware that persons use the card for everything and that is why the PEO has endeavoured to have the new cards ready in a reasonable time”, he explained.

“We don’t have a national ID card in Grenada…So, if someone is saying I need my card because I need (to use it) to collect money (via Western Union /Money Gram) et cetera. We understand the humane part of it but really it shouldn’t be of a concern to me. I am not saying (that) it is not but it shouldn’t be because the purpose of the card is for voting and we just have to ensure that when election time comes persons have their card that is our mandate,” he said.

Millet disclosed that the PEO is endeavouring to have the new cards ready within three weeks after registration.

He said: “All the persons who would have registered from last Monday to Monday of this week they are collecting it already.”

Millet said that the cards are prepared “locally at the main office”, adding that there are a lot of checks and balances to be conducted in the process.

“It is not (a situation where) you just come and present your document and it’s done. It is done locally and there are a lot of security checks that have to be done…a lot of persons have to oversee the registration process to make sure it’s verified and validated and that’s why it takes a while.