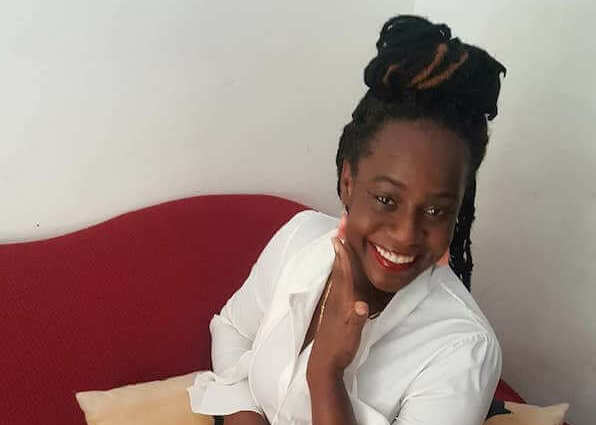 The United Nations has recognised one of Grenada’s fast rising youth activists, Michelle Alexander, and invited her to take part in the UN 75 Youth Dialogue.

The 24-year old Alexander confirmed to THE NEW TODAY that she is due to deliver an address to be done virtually on Wednesday to other young people around the world in a half-an-hour assignment.

“…We are looking forward to having you on board to share your views on the type of future that you would want to see,” said the invitation from the UN Body.

According to Alexander, she has been preparing herself to interact with the young people especially across the Caribbean on the UN platform.

She said the session as organised by the UN is really about bringing young people together “to discuss the way forward and also to discuss what assistance Caribbean islands would need to go forward and stuff like that”.

Alexander who is from the small village of Richmond in St. Andrew came to national attention as part of a Youth Movement that helped to organise locals to stage protest action two months ago at Fort Jeudy in support of Evans Smith who was beaten by a white couple over an issue involving a dog.

The young female activist gave THE NEW TODAY an insight into her presentation on the question of what kind of future she would like to see created in the world.

“I am thinking about a future of not just equality but equity – a future that is inclusive and represents the voice of the interest of the different demographics in society be it Gender,” she said.

Alexander also outlined her thought process on the type of action that the global leaders should take to make a better world for future generations.

She said she believes that anything that is done at the moment should be sustainable in all industries including agriculture.

“I think that I will try to analyse the different sectors that exist in society that could make or contribute to development like tourism, agriculture and whatever else,” she remarked.

On the issue of combating Covid-19, she said that the way forward should be hinged on proper leadership.

“It would require good leadership to help us manage the pandemic,” she said.

Alexander also addressed the issue of the key agriculture sector which the current Keith Mitchell-led government has been coming under attack for paying only lip service to it.

She said: “We know that we have fertile soil – agriculture has worked for us in the past and I believe that it could work for us again.”

According to Alexander, Covid-19 has threatened the nation’s food security as the virus has shown “how vulnerable we are in terms of relying on imported goods”.

“If (local) boats are not allowed to go to Trinidad that could have a direct impact on our well-being and so may have led to some form of hunger and starvation,” she said.

The young female activist called for Grenada to invest more in agriculture especially in the innovative and technical aspects of it so that in case of a crisis “we have something to fall back on”.

Grenada’s Minister of Youth, Kate Lewis is also part of the group of youngsters operating under the UN umbrella.