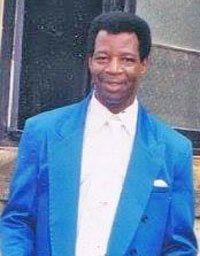 Baptiste has slammed the administration of dipping its hands over the years into the coffers of the state-run National Insurance Scheme (NIS) and forcing it into several bad deals.

He highlighted the millions which the scheme poured into the failed River Antoine Estate project that resulted in NIS not getting back its money but having to take a sizeable portion of the lands up in the north of the island from the estate.

According to Baptiste, if the state-run body had not entered into these kinds of arrangements it would have had money to help cushion the effects of the hardship brought on them as a result of the coronavirus.

Grenada’s unemployment has shot up in the past three months as several businesses were forced to close doors and send home workers as the Mitchell-led administration imposed a State of Emergency as part of measures to tackle COVID-19.

Baptiste also accused Prime Minister Mitchell of being one of the most anti-worker leader to run the country given his track record since coming into office in June 1995.

Dr. Mitchell has often denied borrowing money from NIS and boast that the New National Party (NNP) regime is the only one to have been making consistent payments on government’s debts to the state body.

The former Opposition Leader who often praised the founder of the Grenada United Labour Party (GULP), the late Sir Eric Gairy as his “hero” released the following statement on current Prime Minister Mitchell:

“It is rather sad that today in the year 2020, we are once again witnessing the total disregard for the working men and women of Grenada, Carriacou & Petite Martinique – total disregard because the NNP and the Prime Minister Dr. Keith Mitchell- they are today offering workers a measly $330.00 as benefits for the months that they’re home as a result of this pandemic.

Brothers and sisters, this pandemic was by no means caused by Dr. Mitchell so my utterances today is not blaming him for the health crisis. But we cannot help but look at the mismanagement and the total anti-worker sentiments that Dr. Mitchell has been demonstrating from the time he entered politics.

I want to take you back a little bit – in 1969, the GULP with Sir Eric Gairy went into Parliament and introduced legislation which they called the Provident Fund. In 1972 there was an election and Dr. Mitchell as a candidate for St. George’s North-west on the GNP/NNP ticket, promised at the time that if they were successful they were going to dissolve that worker legislation that was laid down in the Parliament by the GULP.

The Provident Fund at the time was set up to provide a pension and gratuity for daily paid workers, estate workers, road workers and other non-governmental workers. It was done so because public servants, policemen, nurses, teachers and others were covered by the 1957 Pension and Gratuity Act.

Up came the Revolution in 1979 and immediately what they did was change the name from Provident Fund and they called it NIS and of course they came up with the controversial legislation that those who joined the service prior to 1983 were covered by the Consolidated Fund and those who joined after 1983 was covered by the NIS because they now expanded the Provident Fund, changed the name and called it NIS.

Related:  Andy Willams got “hot” on the campaign trail

Dr. Mitchell as the longest serving parliamentarian in the history of Grenada is well aware of the attempts that were made to set up this unemployment insurance scheme. But as usual, with his own anti-worker, anti- agriculture way, he bypassed these legislations and continued an attack on workers of the country.

I want us to back a little bit – you remember the Teachers President at the time, Victor Antoine, he (Dr. Mitchell) called him a raging bull, he set the police upon the striking GCNA workers when they were striking for better working conditions.

Recently, he deducted thousands of dollars from teachers pay when they strike for better working conditions.

Ladies and gentlemen, this NNP government has shown total disregard for the Working Class. Every piece of worker legislation that was introduced by previous governments have been under attack by Dr. Mitchell.

In 1951, Sir Eric Gairy heard the cries of the oppressed – people crying out for social and economic justice – started the workers revolution in La Tante Junction – scores of Grenadians lost their lives – Agatha Fraser and others lost their lives battling the British troops, British Army – they were fighting against Massa for better working conditions.

And what we are witnessing lately (is) another attack again on that piece of legislation where Dr. Mitchell has been trying to change the Constitution through what he call constitutional reform to take away that provision of the Constitution that guaranteed a pension and gratuity for the working class.

It is a sad day because it reminds us so much of the days of the colonial masters when workers toiled and toiled and their results were so little.

Brothers or sisters, we cannot help but look at the behaviour of this Prime Minister – a Prime Minister practicing modern day Robin Hood – taking money from the NIS, borrowing workers monies, monies that were set aside for workers pension, borrowing monies from the NIS and not paying back – asking for haircuts.

You keep hearing me talking about this White Thing because it is unconscionable for Dr. Mitchell to take us back into the Colonial days. It seems to me as if he is fascinated by the White Folks – where White Folks can actually put him in a paper bag and run with him.

(He is) taking the hard working money of black people and paying debts of White People who came into Grenada – ripped off the country and go.

So, Brothers and sisters, you see today what we have: Had the NNP government refrained from borrowing these millions and millions of dollars, NIS would have had money at its disposal, even if the Terms of Reference is not for Unemployment Benefits – but the NIS today with a strong financial base, they would have been in a position today to do better than offering workers the $330.00 that they giving them today.

It is all because of the bad management of Dr. Mitchell and the millions that he has borrowed from NIS to pay White People debts that caused the working man to be in that condition today.