Evan Smith could be suicidal after the beating from white… 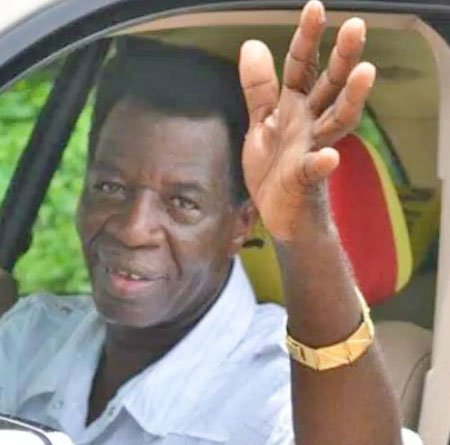 Michael Baptiste – the former Minister of Agriculture and Opposition Leader

The battle between nutmeg farmers in Grenada and the government of Prime Minister Dr. Keith Mitchell on the future of the industry is heating up.

Dr. Mitchell is planning to take legislation to Parliament to dissolve both the governing boards of the Grenada Co-operative Nutmeg Association (GCNA) and the Grenada Cocoa Association (GCA) and to form a new company to be put under the direct control of the Minister of Agriculture.

Former Opposition Leader and ex-Minister of Agriculture in the 1995-99 New National Party (NNP) government of Dr. Mitchell has joined the fight on the side of the farmers.

Michael Baptiste has issued a statement in which he gives full support to farmers to resist the NNP moves to take control of their billions of assets through the formation of the new company in which the Minister of Agriculture will have sweeping powers.

Under the proposed draft bill now in circulation in some quarters, the Minister of Agriculture will be allowed to appoint the members to serve on the new Board and Directors and give approval for selling nutmegs, mace and cocoa on the international markets.

The Mitchell government had failed in an earlier attempt to dissolve the two associations on the grounds that a merger of the nutmeg and cocoa industries will save millions of dollars for farmers.

As a public service, THE NEW TODAY reproduces in full the statement released to the public by Baptiste:

To the nutmeg and cocoa growers of Grenada, lend me your ears please.

This proposal by the government of Grenada to mash up the GCNA and the Cocoa Association and to form this new company must be rejected overwhelmingly.

This attempt farmers, is to enable close family members of government to get involved in the industry and put the industry in a helter-skelter manner.

The Association was formed in 1947 to avoid the very said thing that this Prime Minister is trying to do today.

Farmers, let us look at the track record of this Prime Minister in managing state assets – would you want your industry to become like the Grenada Airways under Dr. Mitchell?

Would you want your industry to become like the Shrimp farm that was proposed for St. Mark’s where a foreigner disappeared with $56 million?

Farmers, would you want your industry to become like the government estates where some of the estates are now in the hands of foreigners?

Are you satisfied with the results that you are getting from the Marketing Board?

Are you satisfied with the investigation that was launched by the government?

Farmers, let history be your guide. The government dissolved the Banana Society, appointed a one man czar Justin Francis – millions of dollars in the banana farmers’ assets were sold – not a black penny went to the hard working banana farmers.

The building on Lucas Street was sold, building in St. John sold, Bailes Bacolet sold. All the banana farmers’ assets are now sitting comfortable in the hands of NNP supporters.

Less we forget – the Ministry of Agriculture purchased over $3 million in Agro-processing equipment to set up a facility in La Digue.

In the middle of the night, the equipment was seized and hidden in Grand Mal in the Prime Minister’s constituency – a few months later these equipment mysteriously end up in a family member facilities in La Sagesse where a family member started an Agro-processing facility.

Save your industry – say no to Dr. Mitchell and his New National Party – reject that proposal overwhelmingly, brothers and sisters. Keep the nutmeg and cocoa industry in the hands of the farmers.