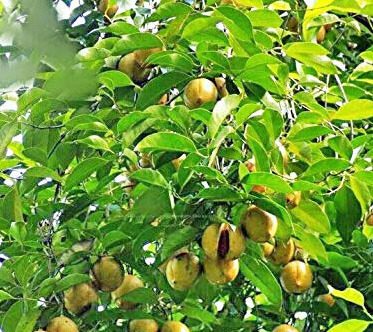 With general elections looming, the Keith Mitchell-led New National Party (NNP) government has apparently put a halt to its plans to force the Grenada Co-operative Nutmeg Association (GCNA) and the Grenada Cocoa Association (GCA) to dissolve and to form one entity to run their affairs.

A source close to the industry told THE NEW TODAY that several weeks after the formation of a new Merger Committee under the direction of Agriculture Minister, Peter David the body is yet to convene a meeting.

“I believe this committee is dead. I believe Honourable Peter David just formed the committee as Prime Minister Mitchell required of him but no meeting was convened – nothing happened,” he said.

“It is now the end of December. I don’t see anything happening before January. I think we’re moving into elections any time now. I see the committee as a kind of lame duck,” he added.

According to the industry source, there was some kind of urgency from government in the month of October to get the merger talks back on stream but “we are at the end of December now and nothing has happened”.

“They promised to send Terms of Reference – nothing has happened,” he remarked.

The source said he formed the impression that with talk of general election in the air and the negative response given to farmers to merge “I don’t think they want to dirty any water now”.

“I believe that they will just lie low and hope probably if they get back into power to kind of bulldoze their way around. I don’t think they want to create too many enemies now – they done have a lot already. Everything they do now is about election,” he told THE NEW TODAY.

The Merger Committee is headed by Acting Chief Magistrate, Teddy St Louis and is composed of two representatives each from GCNA and GCA and two other nominees from government.

Prime Minister Mitchell has repeatedly stated that government is committed to the merger of the two commodity bodies as well as the liberalisation of the industry to provide greater opportunities for export sale of the two crops.

Related:  No loan given to GCNA

Farmers are insisting that the assets of GCNA and GCA must first be settled before any Merger talks can be held in charting the course forward for the industry.

The official also confirmed earlier reports in THE NEW TODAY that the Mitchell-led NNP regime has failed to deliver on a promise made earlier in the year to provide a loan.

“We haven’t gotten the loan – They are insisting on Merger,” he said.

According to the official, the government has now back-tracked and inserted a condition that the money will only be given provided there is merger of GCNA and GCA.

He said he got the sense that the government believed that the commodity organisations were very desperate for the money and would just sign-off on the merger deal.

He noted that a letter was sent by the regime to cocoa farmers indicating that merger was a condition for the loan but the one sent to GCNA did not include merger as a condition.

He said the NNP administration has now seemingly gone around “full circle” and is now asking the commodity bodies to agree to merger in order for the loan to be forthcoming.

“…We don’t think that we will bother with them on that. We have told the government time and time again that merger is a farmer’s decision – not ours. We are simply just stewards – managing the farmers’ assets. Whatever we do, they are the ones to make decisions,” he said.

“Government seems to think it is us but it is not us – we are a farmer’s organisation – you can’t decide for them, they will say what is best for them”.

“To me the government thinks that the board could make the decision but I say no – not me, let the farmers say what they want to do with the organization”.