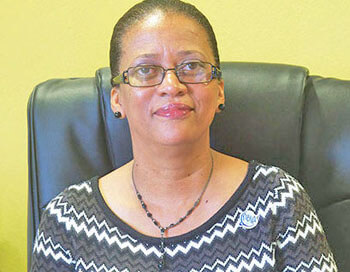 General Manager at the Grenada Airports Authority, Wendy Francette-Williams has chosen to remain tight-lipped about the manner in which she was ousted at the Maurice Bishop International Airport (MBIA) this past week.

THE NEW TODAY was able to contact Francette-Williams by telephone on Wednesday morning – one day after staffers were informed that former Manager and Chairperson of the Board of Directors, Joan Gilbert has been brought back to run the airport.

The Trinidad-born airport manager attracted national attention when MBIA was downgraded due to its failure to have mandatory fire-fighting aggregates on site to accommodate the British Airways flight.

According to Williams, she did not wish to comment at this stage on the development, which government officials including Tourism & Civil Aviation Minister, Dr. Clarice Modeste-Curwen branded as “a serious thing”.

When asked whether she voluntarily took holiday or was forced to take holiday due to the MBIA fiasco, Francette-Williams said:

Quizzed on whether the “holiday” was due at the time she took it, the former MBIA boss said: “I have 63 days leave which is a lot of leave”.

When questioned further on whether she voluntarily applied for the leave or someone instructed her to take it, she said: “I prefer not to talk at this time – to be honest it’s better that I don’t say anything, so am just going on leave”.

The Airport Manager was pushed for a comment on whether she voluntarily decided to take all 63 days leave as opposed to keeping back some days inside, she said: “It’s a question I will not comment on”.

Francette-Williams also declined to comment on whether she was seeking legal advice in the situation.

According to the female airport boss, she is looking forward to flying out to Trinidad to look after her sick mother during the time spent on holiday.

She said: “I have an ailing mother in Trinidad that I need to get back to. I have not been home since February”.

Francette-Williams told THE NEW TODAY that she is making arrangements with a private jet to take her back home in the twin island republic.

She said that hopefully she would leave the island sometime early next week.

Asked whether she had informed the staffers at MBIA about her departure from the job, the outgoing airport manager said: “I did inform them by Email”.

Two weeks ago, MBIA attracted international attention when it was announced that BA was forced to cancel its advertised service due to the fire-fighting aggregates issue.

Francette-Williams had cited delays in shipping for the predicament that the airport had found itself in and the embarrassment to the island due to its change in status among international airports.

A senior employee at MBIA told THE NEW TODAY on Tuesday night that earlier in the day the staffers were informed that the manager is taking “holiday and Gilbert was brought back to take charge of the running of the airport”.

“That is what was communicated to us. From what we see and what we hear officially she (Gilbert) is back,” he said.

According to the senior staffer, as soon as the workers took up duties following Monday’s public holiday, they were “informed of changes” and that Gilbert was on the compound Tuesday to take up her responsibilities.

“It was a surprise to everybody but what can we do – we have to work with it,” he remarked.

The senior employee told THE NEW TODAY it is the first time that Gilbert has been brought in to act for the manager whenever she goes on holiday and that the task is often given to other senior persons in the management team.

A government insider told THE NEW TODAY that the move against Francette-Williams would have been taken at the level of the Cabinet of Ministers with instructions for the Minister of Tourism & Civil Aviation to convey it to the Board of Directors.

He said the administration in St. George’s was showing signs of growing impatient with the female Trinidadian manager at MBIA especially her handling of the airport in the Covid-19 period.

Within days of the MBIA fiasco, the island’s former Attorney General, Jimmy Bristol had called for the sacking of the General Manager and the entire Board of Directors headed by Anya Menezes-Chow Chung, a female Barrister-at-law and Chief Executive Officer of a leading private sector business on the island.