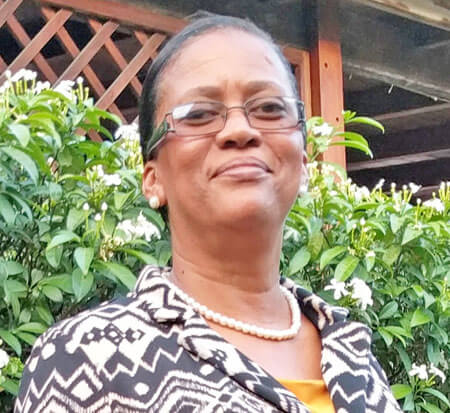 Minister of Tourism & Civil Aviation, Dr. Clarice Modeste-Curwen has confirmed that the embattled General Manager at the Grenada Airports Authority (GAA), Wendy Francette-Williams has tendered her resignation in the wake of the fire-fighting aggregate scandal to hit the Maurice Bishop International Airport (MBIA).

Speaking Tuesday on GBN’s “To The Point” programme, the female government minister said that the Trinidad-born Francette-Williams handed in a resignation letter but there is an issue surrounding vacation due to her.

She said that the resignation takes effect at the end of the month but that the MBIA General Manager did have some vacation that was owing to her and decided to take it at the moment.

“…We are having discussions as to how we operate it because we must put systems in place now for succession,” she told the programme.

The government minister announced that former Board Chairperson and General Manager at MBIA, Joan Gilbert has been brought back by government to run the airport.

She said that Gilbert will be acting as Manager in the interim while “we sort things out”.

“We are in the process of reviewing,” she added.

Francette-Williams told THE NEW TODAY on Wednesday that she has 63 days of vacation as part of her contract.

The female government minister indicated that the contract of Williams, who was paid a monthly salary in excess of EC$15, 000.00 a month, had expired before the episode at the airport.

According to Minister Modeste-Curwen, the airport incident did impact the country and it was seen by government as a “very serious” matter.

This is so, she said as planes were waiting for quite a long time to resume service at MBIA which was closed in March due to the coronavirus pandemic.

The minister was very cautious when quizzed about the possibility of other employees being sacked at the airport over the fire-fighting aggregates issue.

However, Dr. Modeste-Curwen was quick to add that the possibility exists that some other persons would be put in what she termed as a more appropriate position”.

“…We are very concerned about what happened,” she said.

A former Board Chairman at MBIA described Francette-Williams as “a good manager” and regarded her as one who was “very efficient” on the job.

He said he suspected that the General Manager was being sacrificed for others who failed to execute on the fire-fighting aggregates issue.

“Somebody must have fowled up there and she (Williams) had to take the blow for it –that’s how am seeing it,” he said.