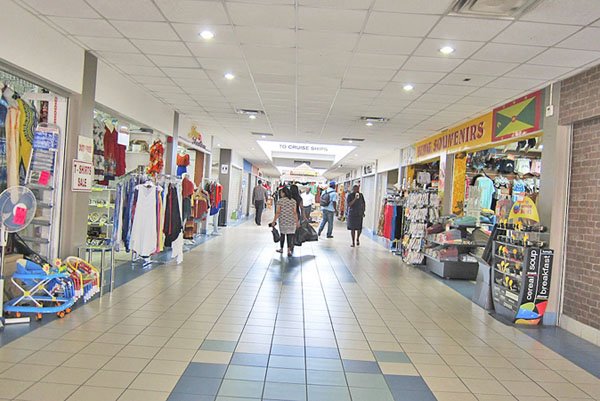 THE NEW TODAY has picked up information about massive job losses in the private sector due to a severe downturn in economic activities in Grenada from the coronavirus.

According to a well-placed government source, the hardest hit areas so far are the duty free shops on both the Maurice Bishop International Airport (MBIA) at Point Salines, the souvenir shops on the Bruce Street Mall in the City and most of the Indian stores on the island.

He said that these operations have been laying off most of their workers in recent weeks with the closure of their businesses in light of the State of Emergency imposed by government to help combat the deadly virus.

He pointed out that the closure of the airport and the grounding of cruise ships and the early closure of the season due to the virus has affected most of the duty free shops on the island.

Up to Thursday, Grenada has recorded 21 positive cases of COVID-19 with about five of them in a milling plant at Tempe, St. George’s.

The source said that staffers at the Ministry of Labour has been called out to work from Monday to address the situation in the country.

He feared that there is very little that the Labour Department can do since it is severely understaffed at the moment.

He spoke of the Department having less than six employees at the moment – Labour Commissioner Cyrus Griffith who is on contract after reaching the age of retirement, a Senior Labour Officer, Reginald Lord and two staffers with only six months of experience.

The source indicated that the job losses on the island could be more severe as some workers in the retail sector have also been laid off in recent weeks.

One duty-free operator who spoke to this newspaper said that he is aware of the job losses but indicated that he has not done any lay-offs and has deployed some of the workers into other areas of their businesses.

Hundreds of workers are known to be at home at the moment as hotels have been laying off employees in recent weeks.

The construction sector has also been hard hit by the closure of business activities on the island.

Speculation is rife that unemployment in Grenada could be over the 50% figure.

This newspaper has received reports from hoteliers in Grenada that they have not yet benefitted from the promised payroll support from the Keith Mitchell-led New National Party (NNP) government to assist workers in the industry which was bringing in a substantial amount of foreign exchange for the island.

A female hotel operator who spoke to THE NEW TODAY on condition that she was not identified said that the only tourism-related business to have benefitted from the package so far are the Umbrella Bar on Grand Anse Beach and one restaurant on the Lagoon.

“We have received zero in the hotel industry. Sadly, to date no hotel has gotten a cent from the stimulus package”, she told this newspaper.

Just over a month ago, Prime Minister Mitchell announced a 30 million E.C dollar stimulus package for workers affected by the coronavirus which has affected most countries around the world.

This newspaper understands that some bus drivers have reported receiving EC$800.00 from the government payroll package for workers.

She said that she understood that government only paid 33% of the base salary of workers at the two bars and not the entire salary package which is really much larger due to service charge which makes up a substantial part of hotel workers compensation.

She indicated that many of the workers in the industry at the low end who may receive a basic salary of $620.00, will end up with approximately $240.00 per month, even if government is putting up 40%.

Government has said that it expected the hotels to pay the difference in salaries to the workers.

According to the hotelier, the prognosis for the tourism industry in Grenada looks “pretty dire” over the next two to three years in going forward.

The hotelier feared that some of the smaller properties owned by locals on the island might go under similar to what happened during the financial meltdown in the world economy in 2008.

She mentioned some of the hotel properties that failed to recover from that period such as Flamboyant on Grand Anse beach and Bel Air Plantation resorts, a small property in St. David owned and operated by the late Susan Fisher.

The hotelier stressed that the small hotel properties in Grenada will have to brace themselves for a serious struggle in going forward in the upcoming months as none of them have “the large pockets” like the much bigger properties.

She said it would not be business as usual and that the small properties would be hard hit with some of them even facing possible bankruptcy.

The hotelier said she felt that the NNP regime would be well advised to develop agro processing industries and light manufacturing industries through money received from the passport-selling scheme known as Citizenship by Investment (CBI).

She suggested that the time has come for more attention to be paid to agriculture which should grow in parallel with the tourism sector.

Noting that agriculture was once the Number One industry on the island, the female hotelier said that this sector should be stimulated to grow in the coming years with direct assistance from government.

She also said that Shrimp Farming could be another major economic activity and possible revenue stream for the island.

Taiwan had introduced shrimp farming in Grenada before the Mitchell-led administration dumped Taipei in favour of a more lucrative deal with the Chinese on Mainland China that included the rebuilding of the National Sporting Stadium at Queen’s Park which was badly damaged by Hurricane Ivan in 2004.

The government did not offer any assistance to local farmers to rebuild the shrimp farm industry that also took a beating from the hurricane.

The hotelier also said that government did the right thing in closing the borders of Grenada from the outside world in March to protect the island from massive imported cases of COVID-19.

However, she felt that the State of Emergency could have been handled better as it created problems for social and physical distancing when persons were only allowed to shop on two and three days in the week.

According to the hotelier, it would have been much better to allow for more days of shopping which would have resulted in far less persons assembling at one point in supermarkets and shops to restock on food items.

The hotelier expressed concerns for the Caribbean hotel industry in the manner in which U.S President Donald Trump was seeking to re-open the U.S economy to business when many States are still seeing a spike in COVID-19 cases.

She stated that Grenada and other Caribbean islands should not immediately look at the U.S market and those in Europe still battling to control the coronavirus to start wooing tourists.

She said the islands should allow LIAT to start flying once again in order to rebuild the regional tourism sector before seeking to look outside the region.

“The next step will be opening up regionally before going internationally,” she remarked.

She spoke of a massive change in the way in which persons from Europe will have to travel long haul to reach Grenada with the use of a mask for up to eight and nine hours on a flight and then more protocols to follow on arrival at the airport and even during their stay at a local hotel.