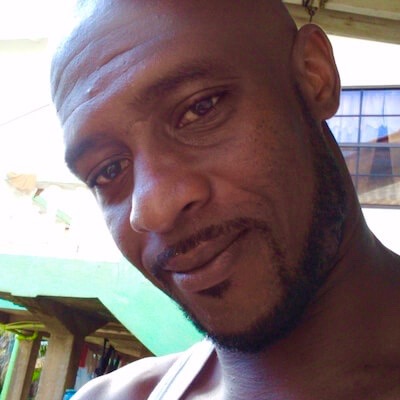 A man was found dead Wednesday in a holding cell at Central Police Station on the Carenage in St George’s.

Police officers discovered the body of Ravi Baptiste, a 34 year old of Willis in St George’s in the early evening.

Distraught family members gathered at the police station where Baptiste was found hanging from what is believed to be a piece of his clothing.

His aunt said Baptiste had been detained from earlier in the day in connection with a dispute which occurred between him and his girlfriend involving damage to her vehicle.

“I just finished work and I went with my granddaughter to get something and my daughter called me bawling on the phone so I rushed across there and she tell me the police just called and said he hung himself.

“I think he and the girl he was with, I don’t know what dispute they had and he break up the glass and thing in the vehicle this morning where they had the car in the garage.”

It is not yet known whether he took his own life or if there are other circumstances surrounding his death inside the police station.

A statement posted on the social media platform of the Royal Grenada Police Force said, “The individual was detained and brought to the Central Police Station at about 1:15 pm and went through the usual protocol before being placed in the cell with only a boxer on due to his previous behaviour.

“At about 4:30 pm during the changing of the shift on duty he was discovered hanging from the cell. He was later pronounced dead by medical experts and an investigation immediately commenced to determine the cause of the incident.”

A Coroner’s Inquest is expected to be conducted as dictated by law when a suspicious death occurs in a State facility.

This is not the first time that a prisoner has died under mysterious circumstances while being held in police custody.

In late 2015, Kemron Peters, who was in his early twenties also died under mysterious circumstances while in custody at the Criminal Investigation Department and the police had given conflicting reports about what happened.

At the time the police had first said he was found hanging from a belt and a day later they said it was a string.

According to Earl Maitland, an advocate against police misconduct and brutality, the family of Peters have never been allowed access to reports related to his cause of death.

In 2000, Aldin Phillip, who is currently serving a thirty year sentence for armed robbery, filed a lawsuit against the police, claiming that CID officers had hung him with a rope during an interrogation session.

At the time Phillip had said his life was saved because relatives showed up at the CID and heard him struggling for his life.