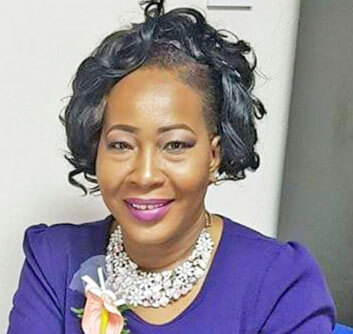 Lydia Courtney-Francis is now the Financial Controller at Grenlec

It’s now official that qualified Accountant Lydia Courtney-Francis is the new Financial Controller of Grenlec, the island’s sole electricity company that is now back in the hands of the Keith Mitchell-led government.

A well-placed source told THE NEW TODAY that Courtney-Francis took up the job on Monday officially after quitting her post as Manager of Communal Co-operative Credit Union.

There has been keen interest among certain sections of the population about the new appointee for the top post at Grenlec after the holder, Benedict Brathwaite retired in June after reaching the age of 60.

Speculation was rife that a former top civil servant, considered to be one of the most powerful women in the country, was being mentioned as a possible replacement to Brathwaite as the new Financial Controller of the utility company.

A source who is familiar with the operations of Grenlec said the appointment of Courtney-Francis to the key financial position will now bring an end to reports about the top female person around the Prime Minister landing the job.

He said: “I am absolutely sure 100% that her (the PM close aide) name came up (for the job). Her name definitely came up as far as I understand but they didn’t bother to go through with it.”

According to the source, if the Mitchell government is still harbouring any thoughts of sending his aide to work at Grenlec it is not in the position of Financial Controller “at least”.

“She (the PM aide) seems to be playing kingpin – I don’t know her to have that capacity as a trained accountant,” said another top private sector manager.

The aide is known to be very influential in the running of many state bodies including the Ministry of Finance, as well as the operations of the passport-selling scheme known as Citizenship By Investment (CBI).

Courtney-Francis rose from a junior staffer at Cable & Wireless to middle management in the Customer Care Department and the Finance Department before leaving to go to England to become an accredited ACCA Accountant.

She returned home and was sent by Cable & Wireless for a stint in St. Vincent as Financial Controller.

She is one of three women who was managing the leading credit unions on the island.

Grenlec has attracted national attention due to the near 26-year battle waged by the Mitchell-led ruling New National Party (NNP) against its privatization by the 1990-95 Congress government of late Prime Minister Sir Nicholas Brathwaite.

The saga ended with the U.S Company WRB Enterprises which has controlling interest in the company taking the Mitchell regime to an international tribunal to settle the matter.

The arbitrators ruled in favour of WRB and ordered the administration in St George to pay the American company close to EC$200 million to buy back the controlling shares which was done about 13 months ago.