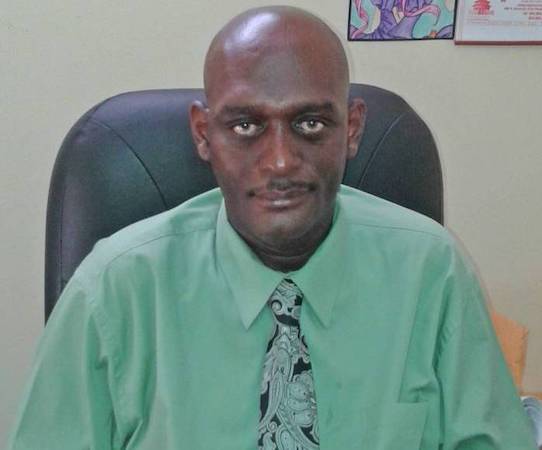 The Grenada Union of Teachers (GUT) will have to look for a new President as the current holder of the office, Lyden Lewis is stepping down from the job.

In an interview with THE NEW TODAY newspaper Sunday, Lewis said that he has written to the General Secretary to inform that he is going on pre-retirement leave effective Monday and that someone will have to assume leadership of the union.

He said that he did not want to continue at the helm of the union since he felt it would be more appropriate for someone to take over at this point in time.

According to Lewis, he has given 30 years of service to the teaching profession and has already signaled his intention to the Public Service Commission (PSC) that he would be exiting the service.

Lewis denied reports circulating in some quarters of the country that he was stepping down as GUT President to take up a Senatorial appointment with the Keith Mitchell-led ruling New National Party (NNP) administration.

He brushed aside the suggestion as “nonsensical” given the “not so good” relations between himself and the Prime Minister. “That man doesn’t talk with me. You remember after the strike by teachers he said that I embarrassed his government and he called on me to issue a letter of apology to both him and the Cabinet”, he quipped.

Lewis was attacked by government leaders after he called teachers out to take strike action following a stand-off with the Mitchell government on the unresolved 25% pension issue for public officers.

The outgoing GUT President said that he expected all sorts of comments to be made about his decision to bow out but that it was influenced mainly by “personal” factors including a messy divorce from his wife.

He said that he has to look at doing his own business in order to help him to rebuild his own personal life.

The GUT will have to immediately start the process of looking for a new leader.

Under its constitution, the 1st Vice-President can be appointed to act as Interim President or hold a by-election to fill the vacant post of President.