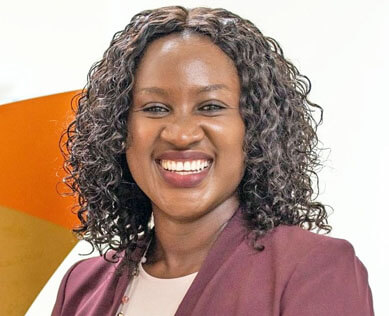 …Without vaccination Mr. Speaker, I fear that we may have to do the same thing (cancel Carnival activities) again in 2022. I hope we don’t have to but I fear that might be a likely consequence as a result of that vaccine hesitancy that we are seeing among our population.

This was the concern expressed in Parliament last week Wednesday by Member of Parliament for Carriacou and Petite Martinique Affairs, Legal Affairs Minister Kindra Maturine-Stewart, as she sought the approval of the Lower House to cancel the highly anticipated Carnival activities for yet another year, and remove the associated bank holiday, through the introduction of the Cancellation of Carnival August Celebrations Bill 2021.

The controversial Bill, which has received mixed responses from members of the public was passed at the sitting with full support from the other members of the Parliament who echoed the need for persons to get vaccinated to return to some form of normalcy on the island.

“Mr. Speaker, the truth is that for us to be able to regain some form of normalcy…the answer is simply this, vaccination…and you know Mr. Speaker, as a people we constantly complain about the State of Emergency, the curfew, we complain about the requirement to wear a mask, and even to social distance,” she said.

“…We want to free up, we want to party, we want to get back to what we are used to doing and mind you, Mr. Speaker nothing is wrong with that in my view but yet for all we are not willing to vaccinate…,” she added.

Minister Maturine-Stewart also told Parliament: “It is a fact, Mr. Speaker that COVID has not disappeared, it is still around, and I know that some people may be tempted to argue that we only have one imported case of COVID on island presently so why not have Carnival, why not celebrate (but) I believe that it would be very negligent and reckless of us as a government and as a people if we were to have Carnival celebrations as we know it for the year 2021.

“Every day you hear about a new variant, a new strain, and every time it seems that these new strains are much more contagious,” she said.

The female Member of Parliament expressed the view that “if we (the government) were to say cancel Carnival, and still have the bank holidays what we will find happening is in fact what we don’t want to happen which is carnival celebrations and we have seen it Mr. Speaker, and so, we have to ensure that as far as possible we continue to protect our country and our people.”

The senior government minister cited concerns with “the possibility of persons being exposed to the virus through the illegal entry of individuals to the island” as seen in the past.

She pointed to the presence of the coronavirus “circulating around us in neighbouring islands like Trinidad and Tobago, St. Vincent and the Grenadines, St. Kitts and Nevis, and the British Virgin Islands (BVI).”

“Our country has very coerced borders…and so, irrespective of how we upscale our surveillance at our ports…chances are individuals may still try to slip in undetected, and we have heard about the number of persons brought to court because of illegal entry and of course the breach of quarantine regulations on the island,” she said.

“…It is very important for us to recognise that the threat to public health and safety still exists as it relates to COVID,” the Minister declared.

MP Maturine-Stewart, who is known to be an avid carnival lover herself, told the Lower House that canceling this year’s event is the “most prudent reasonable thing to do as a government at this time having regards to where we are in our fight against COVID-19 and having seen the experiences other countries are now facing with respect to their fight against COVID-19.”

Adding her voice to the discourse was Member of Parliament for St. Andrew South-east, Education Minister Emmalin Pierre who expressed concern over the contents of a video that recently circulated on social media of persons, including children, playing Jab Jab after learning of government’s decision to cancel the festivities for yet another year.

Noting that sometimes people like to “take things for granted” and “expose themselves to see what would happen,” the minister said, “I see children running behind parents in July, playing Jab Jab.”

“What’s the implication for September if there is an outbreak? These same students would be robbed of an opportunity of an education.

“Are we thinking Mr. Speaker? When a parent would take their children in July, and say they playing Jab Jab in the midst of a global pandemic?

“We don’t have a vaccination for children. If anything at all, I would have thought that the effort would have been to protect these people with a passion because they are at the greatest risk if you ask me”.

Leader of the Opposition, Tobias Clement expressed his full support for the Bill however, he contended that the measures must be “all encompassing,” and not only for Carnival activities but everything that might seem like carnival events.

Clement expressed this concern about the issue in the context of what took place last year in which some persons were given privileges to host events though a similar bill was approved by both Houses of Parliament to cancel Carnival 2020.

He singled out the Regatta sailing event, which usually occurs during the first weekend in August, noting that although it is a sailing event it “sometimes ends up like a mini carnival” event.

“I want us to be clear – are we having Carnival or are there some privileged persons…is there some form of hypocrisy in what (the Bill that) was just presented…So, we are not going to have Carnival in Grenada, but I ask the question, are we going to have Regatta in Carriacou?

“I did not hear anything about the cancellation of the Regatta celebration in Carriacou. So, how is it that maybe you might have Regatta in Carriacou and not have a carnival in Grenada? These are questions that are going to be asked because I remember last year the debacle there…is the same thing going to happen (this year), I hope not,” Clement declared.

Clement’s remarks on the issue did not go down well with Prime Minister Dr. Keith Mitchell, who also stood up to support the Bill and questioned his motive.

“Where was he (the Opposition Leader) when they (people) were marching in the street and drums being beaten outside there and people were behaving like if we have an ole mas’ Carnival?

“Where was the Leader of the Opposition, I did not hear his voice but he is inside here today as the Christ of the protection of the people of this country?

Prime Minister Mitchell challenged “anyone who can indicate that this government has done anything against what is fundamentally correct to protect yourselves while we balance in all other factors.”