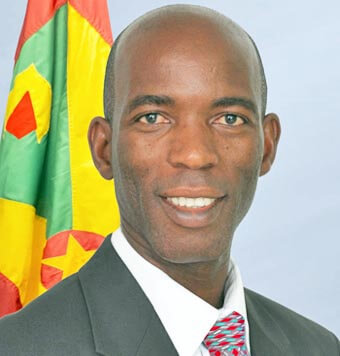 The Grenada National Lottery Authority (GNLA) is coming under fire for allegedly using state funds to put at the disposal of a political activist of the ruling New National Party (NNP) in the St. George North-east constituency to help with a Christmas Hamper programme.

Opposition Leader, Tobias Clement who is the current Member of Parliament for the constituency pointed at a video in circulation on behalf of retired New York policeman, Nimrod Oliverre who is trying to get the nod from the NNP to contest the seat in the next election.

A male voice is heard in the video saying that both the Lottery Authority and the NNP regime of Prime Minister Mitchell are involved in the operation in St. George North-east.

He said: “Nimrod Oliverre is the one behind the drive. He came up with the majority of the foodstuff and the Government of Grenada in co-operation with the National Lottery Authority”.

According to Clement, this is illegal since lotto has no authority in law to handle funds in this manner.

He said that the Lottery Authority did give every constituency some funds for the Christmas but it was directed through the MP for the constituency.

The person in the video who was identified as a resident of New Hampshire said that the Nimrod Oliverre team is strategically targeting poor and vulnerable persons at the level of the Polling Division (PD) to hand out the Food Hampers.

According to the individual, Welfare Officers in the various PD’s who are believed to be operatives of the ruling party are helping them in executing the Hamper distribution programme.

“We are looking to identify 10-15 persons in each PD,” he said, adding that the Hampers should have been distributed on Christmas Day but the foodstuff came in late from the United States and the project will be done in the New Year.

“We looking to do it New Year’s day,” he remarked.

Nimrod was also seen on the video stating that the foodstuff arrived late because the crates got stuck in Miami as container cargo movement was not flowing as they should at the moment due to the coronavirus pandemic.

According to Nimrod, some hams did come in for the Christmas and were distributed but those households that did not get are on the list for the New Year.

“We should have enough food for about 300 persons,” he said.

St. George North-east which was once a safe seat for the main opposition National Democratic Congress (NDC) fell to the NNP in the last two elections in 2013 and 2018.

Prime Minister Mitchell is said to be determined to take it away from the incumbent, Tobias Clement who won it in the last two national polls but resigned from the NNP citing differences with the current Prime Minister.