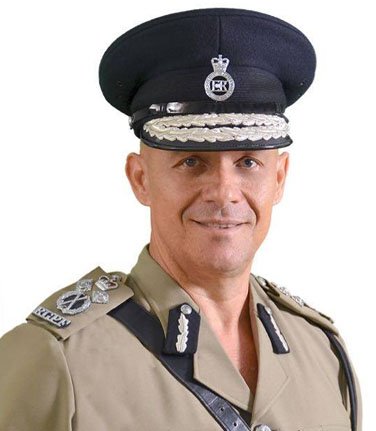 Acting Commissioner of Police, Edvin Martin has admitted that Grenada’s lockdown procedures have not worked well.

Speaking at a news conference Monday, Martin said there will be changes in going forward.

The country is in a second cycle of lockdown, extended from one week to two weeks, with a 24-hour curfew for non-essential workers.

While the public have been allowed shopping days, it has not worked well, with extremely long lines at shops and supermarkets and widespread breaches of the six-feet social distancing protocol.

Now the authorities are considering separate shopping days for essential workers as well as having restocking of goods take place on non-shopping days.

Martin cited a number of things that contributed to bottlenecks during the current State of Emergency.

He said: “One of the things that was the significant factor contributing to congestion is having all of the activities on the same day. We need to break that up, with refueling and supplying on different days and shopping days independent.

“So we are going to look at that and see how best we can redistribute the activities across the period of time that will allow us not to compromise the overarching intention of mitigating transmission but at the same time be able to manage the situation,” he told reporters.

Commissioner Martin acknowledged that people were adhering to social distancing in the early hours of the shopping day, with lines stretching as much as two miles but as time progressed they became worn down by the long wait.

He admitted that the inefficient way of doing things could be counter-productive to containing the virus.

Currently there are 12 confirmed cases of COVID-19 in Grenada and health officials are racing against the clock to try and stop widespread community transmission.

“If we do not do this I think we will actually be self-defeating ourselves by going with a system that brings people too long,” said COP Martin.

On Monday when the period for shopping was extended to nine hours, the increase in the movement of people became unmanageable, forcing the planning committee to now rethink their strategies.

“We experimented for the first time, allowing persons from St David to come into St George and that was a conscious decision, bearing in mind that there are no large supermarkets or minimarts in St David to provide adequate support to the needs of the people there.

“The first day, which had some challenges, the measures we put in place for the first day was inadequate to handle the volume of that increase.”

The Commissioner gave assurances that there will be revisions and the changes will be made public before the next shopping day, which is Saturday.

The issue of allowing residents of St. David to venture into St. George to shop has not gone down well with some persons in the other parishes.

One resident in St. George has accused the authorities of bowing to pressure from the well-to-do areas of Westerhall Point and Fort Jeudy.

The authorities are also said to be giving consideration to the situation with petrol as many motorists in the Essential Services sector are experiencing problems in filling up their tanks.

So far only two gas stations in the entire country have been allowed to open, resulting is massive congestion.