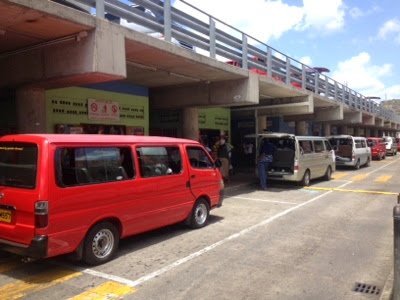 The National Bus Association (NBA) has taken a decision not to resume work Wednesday on the nation’s road but to provide only limited service for what it described as “semi-essential” workers.

A source on the executive of one of the associations told THE NEW TODAY that the decision was taken Tuesday night following a meeting of the various Presidents of Associations island wide.

“We are trying to work on just having a few men go out because some of the feedback that we got from the public today (Tuesday) is that they are in support but some of them need to move.

“We are trying to have a co-ordinated way to transport some of the semi-essential people just to see if we can get them to where they want to go and to have some of the guys who have been off the road to make some money quick.

“Some of them (busmen) are in a really bad situation. It’s not really a good situation and it’s sad that so many guys are being affected.

According the source, the announced scheduled meeting for Tuesday to resolve the impasse and to lead to a resumption of work did not take place between NBA and representatives of the Keith Mitchell-led New National Party (NNP) government including members of the Royal Grenada Police Force (RGPF).

He said he understood that the Acting Permanent Secretary in the Ministry of Transportation, Anna Brizan called the national body late Tuesday afternoon to put back the meeting until 8.30 a.m. Wednesday without giving any reason.

“She (Brizan) did not give any real reason for this. I understand that she just said that they have been in meetings all afternoon and we have to move it until tomorrow.”

The source said that the busmen are suspicious that the government is “playing games” but the association delegation is ready to meet with them anytime.

Grenada’s transportation system which is in the hands of the private sector, was shut down in March by government as part of efforts to protect the island against the ravages of COVID-19.

NBA has been seeking a small price increase of $0.50 cents on routes due to reduced passenger load and other issues like gas rebates but is said to be meeting stiff resistance from government.